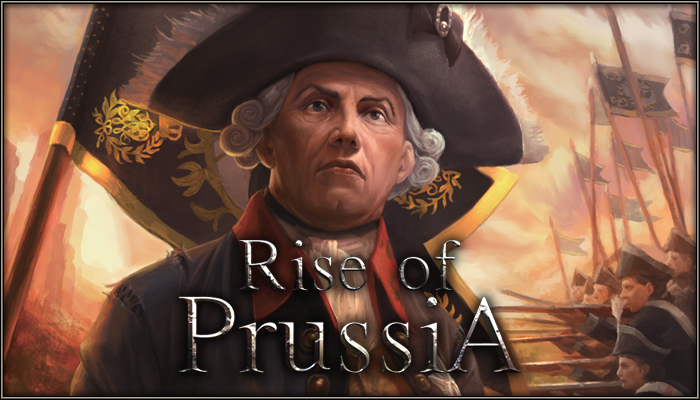 Who knew that a man heavily interested in the arts, composing music, and playing the flute would become one of the greatest military commanders in history? Some say that this transformation from a sensitive patron of the arts and literature to an iron-willed leader and military strategist occurred when his father Frederick I forced the young Frederick to watch the decapitation of his childhood friend as a result of their failed escape to Great Britain. From then on, the Frederick that history knows was born, and consequently, the birth of the modern Prussian state which laid the groundwork for the unification of Germany in the mid 19th century.

The developers at AGE studios, a recent acquisition by the grand strategy giant, Paradox Interactive, who are veterans of the turn-based grand strategy genre in their own right have recreated one of Frederick’s finest military campaigns in Rise of Prussia. This latest title to the genre deals with Prussia’s role in the Seven Years’ War (1756-1763) and its subsequent rise to prominence in continental Europe. There are a number of factions centered in Germany, the main theater of operations and the game’s focus, but only two sides to the conflict. Players will be given the choice of playing as Prussia with Great Britain and Hannover as its allies or the Austrian Empire with France, Russia, Sweden, Saxony, and Bavaria as its allies. 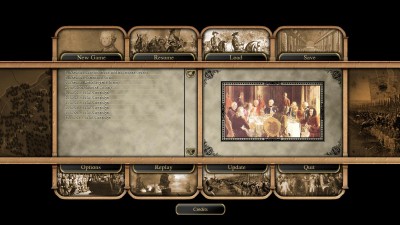 Rise of Prussia features ten scenarios including three tutorials, which does a good job in teaching players the basics of the game without overwhelming them with endless specifics and information unlike some of Paradox’s other titles such as the Hearts of Iron series. Instead, the tutorial scenarios provide an adequate balance of information and actual hands-on gameplay. In addition to the tutorials are the annual campaigns spanning different periods of the Seven Years’ War as well as the option to fight the entire conflict in the grand campaign.

Regardless of which side you choose, each side has a large array of units ranging from regular line infantry to heavy cavalry and siege artillery. Each unit has unique statistics, which affects the effectiveness in combat, movement, enemy detection, as well as morale. In addition, the game features more than 200 unique leaders who have different traits that affect combat, movement, morale, and effectiveness of troops that you assign them to command. In order to manage the large abundance of leaders, ROP instituted a command structure based on seniority allowing only more experienced leaders to be promoted in order to maintain a more balance and organized hierarchy chain of command. This system makes logical sense as you wouldn’t want some fop or inexperienced leader to potential lead campaigns into disaster and defeat. 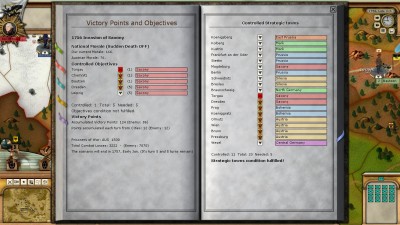 One thing veterans of the grand strategy genre will notice about ROP is the heavier emphasis on military management and strategy rather than having to manage economics and politics contrary to other similar titles. The resources that are the most crucial to accrue throughout the game are money, war supplies, conscripts, national morale, victory points, and engagement points. Each of these resources are gained after each turn depending on what actions you undertake. For instance, national morale increases as you win battles and capture strategic objectives and enemy territory. Recruitment of units and replacements for depleted units occurs gradually each turn as long as you have conscripts available at your disposal. You can also option to purchase special units in the Recruitment menu in the Ledger, which contains other important information such as required objectives, lists of leaders and units, a scenario overview, diplomatic options, and available replacements. 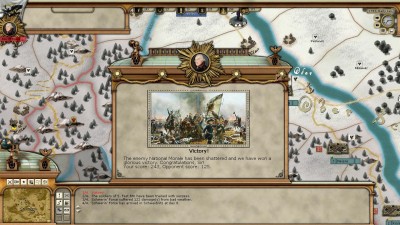 In ROP, victory can be achieved in a variety of different ways. The most obvious one is conquering your enemies, which is pretty difficult considering the amount of regions and territories numbering over 1,000. Another is the capturing of specific strategic cities, which generate victory points for you as well as morale to your nation. Depending on the scenario,  the objectives would vary. The other path to victory is the collapse of the enemy’s national morale and the overall domination of your own morale. If you can achieve your main objectives early, enemy morale would rapidly decline, putting you on the fast track to total victory.

Combat in ROP is not as glamorous or heavily interactive as in other recent strategy games such as Empire and Napoleon Total War. Instead, as characteristic of AGE studios and its parent company, the combat system is only a smaller piece in the grand scheme of operations and military strategy. A better way to describe the military aspect of ROP is to compare it to operational planning with the General Staff in a war room with a large regional map with figures to represent armies. Combat is left to outlying factors such as topography, weather, intelligence, numbers (in some cases), and the resolve and abilities of the commanders that you ultimately appoint. 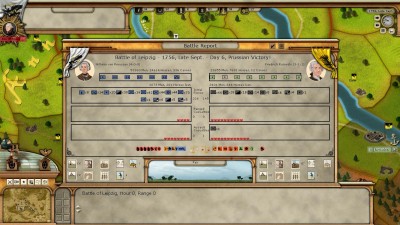 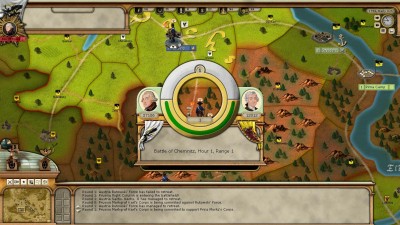 Relying on competent commanders is crucial

The interface of the game overall is well executed as there is a good balance of the strategic map and game play information, which could tend to overwhelm and turn off players with over-saturation of details. However, there are interface helpers that assist with easing player interaction with the game without having to constantly refer to the manual. The only downside is the 2-D graphics of the map. However, it is not the make or break of the experience as it still works really well regardless. To supplement the 18th century theme, the soundtrack features classical works from composers, who were around during the time of Frederick the Great such as C.P.E. Bach and Georg Philipp Telemann, as well as an assortment of military marches composed by Frederick himself. 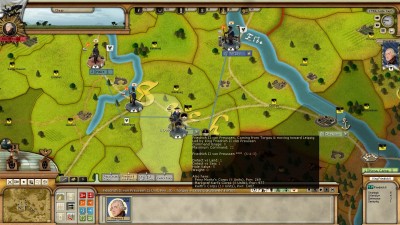 Overall, Rise of Prussia is a game that is a hit-or-miss for players. For veterans of this style of game, this is a must purchase. If you are unsure, but wouldn’t mind giving the game a try, get the demo. The game is not nearly as intimidating as it appears. The tutorials give you a nice crash course on the basics to ultimately get you started on the right track. The key to having fun with these games is to keep playing and learning by playing. Another point to remember is that these games are all about the gameplay experience rather than aesthetic amusement. If you want to experience some serious strategy gaming, you should definitely give Rise of Prussia a try. However, if you’re looking for a more arcade-like strategy game, then look to the Total War series.

One thought on “Rise of Prussia Review”