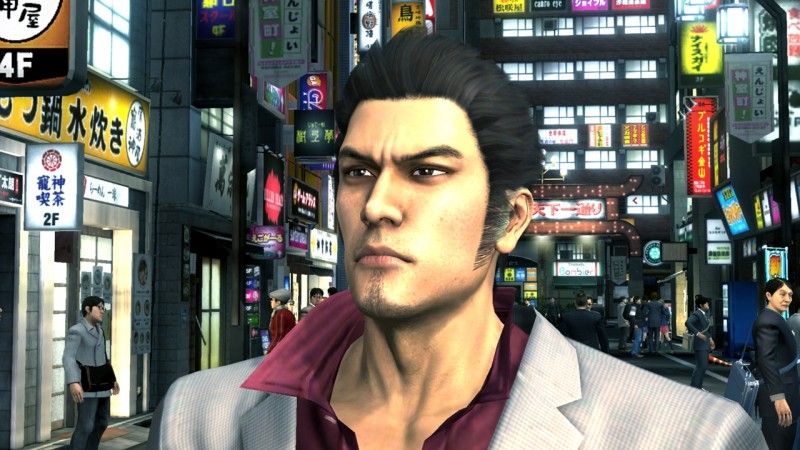 The world of the Japanese mafia calls once again, dragging the Dragon of the Dojima Clan out from orphanage-operating retirement back into the fold of classy corruption. Yes, the most deservedly niche franchise of its time returns to the States with Yakuza 3, and boasts the same intricate mob stories and addictive mini-game variety that has given it such a rich cult following. Does that unique mix of sandbox action and RPG leveling still carry that criminal charm, or is it time for even the otakus to find a new family?

Kazuma Kiryu has left the underworld of Japanese crime for the simple life of running an orphanage out of seaside Okinawa. Content with the simple pleasures, Kazuma is once again drawn into the realm of the Yakuza when this slice of paradise is threatened by an assassination attempt involving both the orphanage’s owner and the head of Kazuma’s former clan. Taking place both in idyllic Okinawa and a hectic portion of Tokyo, Yakuza 3’s plot unfolds heavily and vividly, crossing family lines with multiple clans and involving dozens of dynamic characters. Too open to be The Godfather and too varied for The Sopranos, the game manages to carve out its out identity in the crowded crime-story motif. Occasionally falling into a melodrama ditch, some characters taking on more than their fair share of the eccentricities, the plot never strays too far from believability, and character interaction and motivation flow better than most in the business of mob storyline can hope to accomplish. Exposition can be handled out in bulky chunks at times, and the storyline often requires drawn out cinematics that occasionally hits the low end of Kojima-time, making the plot one that is periodically difficult to digest at once. But once the complexities sort out, players will feel legitimately involved and badass for the experience. 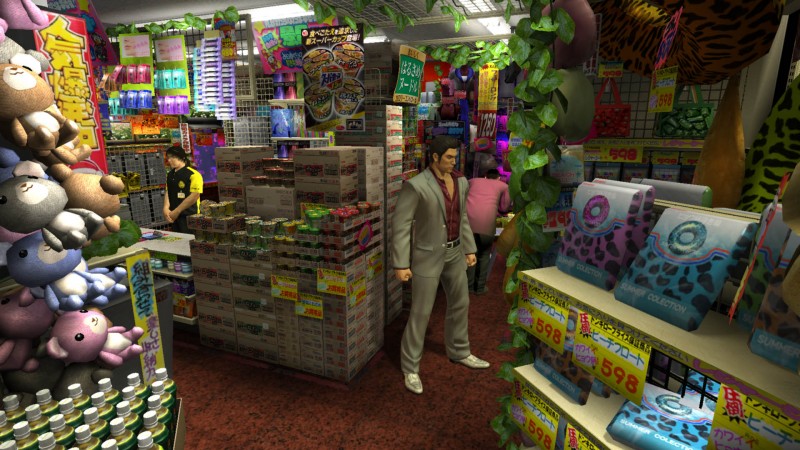 An immediate calling card for Kazuma’s Yakuza adventures has been their unashamed Japanese-ness. While nothing to get lost in translation with, players new to the Rising Sun aesthetic may feel their reference-tracking abilities falling through the cracks intermittently. Kiryu learns new special combat moves by capturing cell phone photos and blogging about them, date nights often involve individual karaoke parties, and most of the food names will go right over the Jack n the Box frequenter’s head. But these cultural marks are Yakuza 3’s badges of pride, the game reveling in the unique sensibilities that populate its bustling cityscapes. Sega continues repenting for their mistake on the first game in the series by including only the Japanese voice dub, the authentic delivery adding the olive to the game’s vodka-smooth design. Now, if we can only get those hostess clubs back in with DLC…

Most anyone familiar with the Yakuza series will immediately brand it the “Japanese Grand Theft Auto,” and be completely wrong in the process. While sprawling urban landscapes

hide dozens of interactive oddities and side-missions within its streets, this spiritual successor to Shenmue lacks the immediacy and limitlessness that Rockstar’s lead franchise has become known for. In place of a truly open world are two tightly-packed cities bursting to the seams with arcade crane games, karaoke rooms, hidden coin-locker keys, batting cages, and literally dozens more activities to absorb your in-between mission time. So vast is this extra-curricular scope (over 150 non-storyline centered events are featured, not counting mini-games) that new players are likely to be overwhelmed, and perfectionists equally put back by the sheer amount of content: the sub-quests and side attractions easily adding up to ten hours to the game’s play time. Many, arguably most, of these mini-games are not worth the effort, but it’s hard to argue the depth that went into all the inclusions. 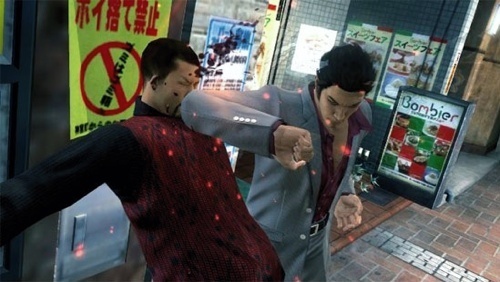 No one joins the mafia for the prime tee-off sports however, and Yakuza 3 throws the player hundreds of opportunities to introduce criminal scum to pavement. Combat is broken up into the urban equivalent of random encounters (read: some punks running up and challenging you) and boss battles, operating in real-time and usually offering a string of melee weapons strewn about the fight space. Landing successful hits with either knuckles or knives builds up Kazuma’s energy, allowing for special moves or absolutely gruesome finishing moves. Playing out as a series of timed button presses, these bits of badassery are embarrassingly cool bits of schadenfreude: ranging from Kiryu leaping full-weight onto a prone enemy’s face to giving a full golfclub swing to a weakened thug’s head. Almost too over-the-top for the serious gangster climate, these are what keep the ultimately repetitive battles worthwhile, playing out like Mortal Kombat fatalities that grew up. Adding to the beat-em-up flair of combat is the role-playing-esque leveling system. Accumulated experience can be attached to multiple traits and abilities, each offering either greater potency or new moves/bonuses upon leveling. The game keeps the snug medium between simple and excessive they discovered back in Yakuza 2, offering enough variety in their upgradeable parts to maintain interest throughout a playthrough (even one including the side missions) while letting Kazuma be customized into most play styles without feeling lop-sided.

Unfortunately, the almost unforgiveable issue of Kazuma’s movement controls operating on an unforgiving pivot remains despite four total games in the series. The problem goes unnoticed in most boss battles – which feel suitably manly – but considering most random encounters involve Kiryu being swarmed by multiple thugs, it’s a matter of consistent frustration. Kazuma’s movement during the adventure segments of the game is still a bit clunky too, running a bit too stiffly for those not familiar with the man’s stoic gait. It’s a comparatively minimal complaint considering the game’s vast array of play-times, but one that fails to completely blur into the background as the game progresses. 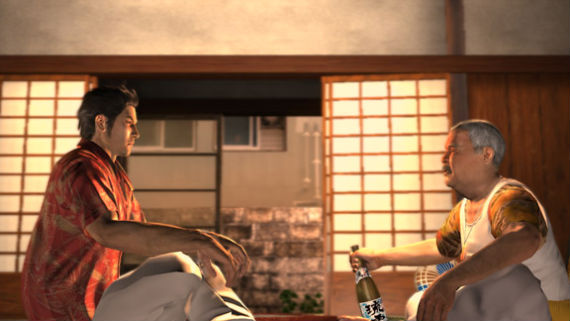 It has taken over a year for the fandom to usurp Sega’s hesitance in a Western Yakuza 3 release, but the presentation has managed to remain strong in most aspects. Background

textures may run a bit fuzzy and some character movement hits a few degrees off normal, but most of the cinematics and in-game footage manage a realistic and dramatic look. The presentation falters the most with facial animation that has been decidedly outpaced with releases even at the game’s Japanese launch. A frustrating issue arises in the game’s tendency to break fluid and voiced cinematics with scroll-heavy in-game moments, breaking its own flow almost immediately. The aforementioned voice acting is sensational and backed a giddy soundtrack ranging from J-Rock to smaltzy pop. All in all, the presentation falls in line with the inspired story to deliver an engaging, if sometimes self-defeating, tale.

Taglines deprive Yakuza 3 of what essentially makes it so appealing, it’s sheer uniqueness. While gamers can spot semblances to dozens of popular titles, no series has managed to mold them into such a novel package. The mini-games and side missions employ a kitchen-sink method that has more failures than successes, and long-standing control issues inexplicably linger on, but a legitimate and gripping story backed by enduring visuals will hook pretty much anyone with an attraction with a criminal side. Be warned, the alluring draw of all the game’s activities make it an impossible rental recommendation for those that would like to send out for a new game in the next few weeks. Its adherence to its Japanese roots may give it a “No More Heroes with Class” vibe, those that brave the weirdness can find a lot to love. Yakuza has always been its own beast, and the latest adventure adds a respectable new chapter to a saga worthy of the high praise.