It’s been a few days since Roger Ebert, much to the chagrin of gamers, came out and stated that video games can never be art. Rather than leaping onto the forums to express my rage, I’ve decided to sit back and see how people react before composing this response to Mr. Ebert. 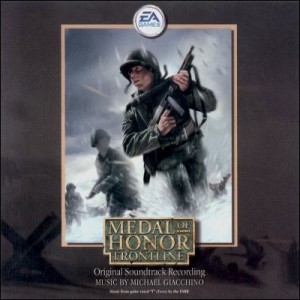 Anyone who played this phenomenal FPS will certainly remember the score.

A flippant approach to the argument would be that the story, dialogue, and music are all part of the video game.  The fact that each aspect is art when considered individually means that if combined, the final product must be art as well.  I believe this to be so.

Countless video game soundtracks are considered art and are performed by orchestras around the world. However, it seems that by simply being part of a video game, the artistic value of the composers, writers, and concept artists (among others) is lessened.  Frankly, it’s a double standard.  Michael Giacchino won an Oscar this year for Up and, unbeknownst to many, he provided the amazing soundtrack to several of the Medal of Honor games.  Quibble all you want about the quality of one score versus another, but does his score suddenly descend to mere ‘entertainment’ the moment it’s implemented into a video game?  No, of course not. 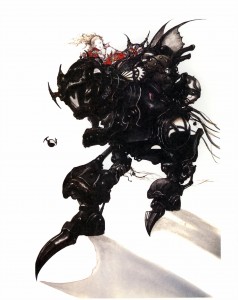 Let us consider the artwork of Yoshitaka Amano.  My somewhat biased love aside, he’s certainly an artist.  He’s published over 30 art books, worked in animation and illustration, and is known to gamers as the character designer for Final Fantasy I thru VI and the logo designer for most of the main series titles.  His artwork, displayed in galleries and separated from the medium of video games, is seen exactly for what it is; art.  But many non-gamers seem to believe that its artistic value is lessened by its incorporation into video games.

The problem with Mr. Ebert is that he has not sampled some of the finer vintages in video games.  Titles like Braid and Flower are buzz titles hastily whipped out by defenders of video games, but we need to go deeper to get to Ebert.

A game that immediately jumps to my minds is Baldur’s Gate, which is art largely because of its storyline, writing, music, and art.  Gameplay is also a factor but seeing as it’s commonplace for engines to be tweaked and reused (Baldur’s Gate/Planescape: Torment/Icewind Dale), the burden of artistic value is almost entirely on the shoulders of the aforementioned elements.

Now storyline, writing, music, and art can all be relayed through film.  Yes, that’s true.  But the sheer volume of content prevents this from happening, and this is where interactivity comes in.  Each text tree grows exponentially with each option given to the player and the only reason people have the patience to read thousands of pages of text is because we’re in control of the story. 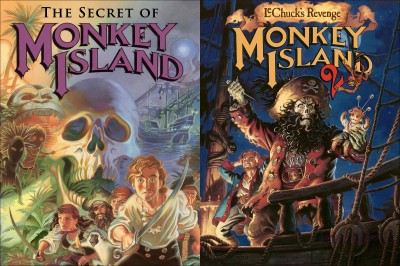 If it pleases the court, I'd like to present Exhibit A.

Games, unlike film, force the player into an active role in the story.  Whereas one can enjoy film as a passive viewer, to truly enjoy a video game, total immersion is required.  Just as novelizations of film are inferior to their big screen counterparts, so would a film of a video game.  In fact, I believe that much has been proven seeing as the only watchable video game movies are a few Uwe Boll movies and possibly Silent Hill.  I’d also like to point out that the novelization of Baldur’s Gate is absolutely horrible.

Ebert said that “No one in or out of the field has ever been able to cite a game worthy of comparison with the great poets, filmmakers, novelists and poets.”  Being more enamored with film than video games, I feel inclined to agree with him.  I am unable to name any video game that’s as good as The 400 Blows or The Third Man.  However, Ebert’s statement that video games can never be art is what grates on the nerves. 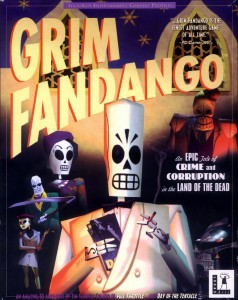 In Ebert’s journal, he made reference to a conversation with Kellee Santiago, founder of thatgamecompany, the developers behind flOw and Flower.  She believed that the most accurate definition of art was from Wikipedia: “Art is the process of deliberately arranging elements in a way that appeals to the senses or emotions.”  Ebert acknowledged this definition but naturally art cannot be perfectly defined.  But it’s as good a definition as any.

The emotion of fear is powerful and the genre of horror is one of the most popular and lucrative in the film industry.  Consider Condemned: Criminal Origins.  If art is deliberately arranged to appeal to the senses and emotions, then Condemned was deliberately arranged to scare people shitless and drain players emotionally, psychologically, and physically.  I have never been so scared by a film as I was by Condemned.  Add F.E.A.R., Silent Hill 2, Siren, and a slew of other survival horror games to that list.  Are they not art?

I could go on for much longer, citing source after source to emphasize my point, but I’ll end it here.  If the whole is greater than the sum of the parts, then video games can most definitely rise to the level of ‘art.’  I believe that Mr. Ebert is correct in saying that there aren’t any video games that are comparable to some of the greatest films out there, but the medium of video games and the belief that they’re “for kids” imposes limitations. As usual, Daniel Floyd puts it succinctly in one of his videos.

The only games that approach ‘art’ in my opinion are Shadow of the Colossus and Ico.  I believe that games have yet to reach their full potential, but I must disagree with Mr. Ebert when he states that it will “never” happen.

13 thoughts on “A Response to Ebert”