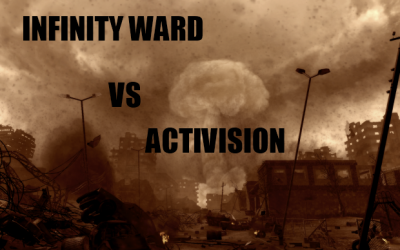 After weeks of continuous resignation announcements, we are finally getting some legal data on the ongoing battle between Call of Duty: Modern Warfare developer Infinity Ward and giga-publisher Activision. “The Infinity Ward Employee Group”, 38 plaintiffs either current or former employees at the developer, filed a claim in the Los Angeles Superior Court against Activision. The claims include assertions that the publisher violated the California labor code by not giving promised bonuses, as well as breach of contract and breach of good faith and fair dealing charges.

“Activision owes my clients approximately $75 million to $125 million dollars,” said Bruce Issacs, attorney at Wyman and Issacs LLP and one of the IWEG’s attorneys, “Activision has withheld most of the money to force many of my people to stay, some against their will, so that they would finish the delivery of Modern Warfare 3. That is not what they wanted to do. Many of them. My clients’ entitled to their money. Activision has no right to withhold their money — our money.”

The suit is using Activision’s “net worth” and sales of Call of Duty: Modern Warfare 2, the Infinity Ward Employees Group is suing for an additional $75 – $500 million in punitive damages. The group claims that $54 million is owed from 2009 alone, and withheld “specifically identified” to “hold designers hostage” in order to begin and complete work on Modern Warfare 3.

“Activision believes the action is without merit,” said the spokesperson, “Activision retains the discretion to determine the amount and the schedule of bonus payments for MW2 and has acted consistent with its rights and the law at all times. We look forward to getting judicial confirmation that our position is right.”