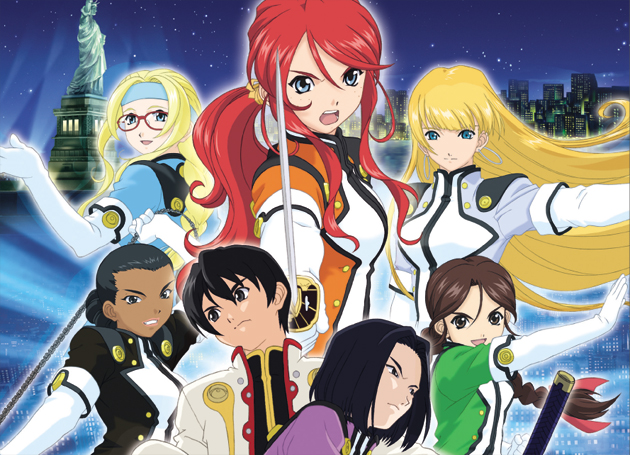 The Sakura Wars series isn’t that popular here in the US.  Few have ever heard of it and only the most hardcore have ever played the earlier titles.  NIS decided to rectify that by releasing Sakura Wars: So Long, My Love for the Nintendo Wii and PlayStation 2.  The fifth title in the main series, it originally came out on the PS2 in 2005, but its limited appeal will ensure that few play it and even fewer enjoy it.

RPG fans can usually safely purchase obscure JRPG’s with anime characters on the cover without pause.  However, Sakura Wars is not your average JRPG.  It goes one further on the spectrum of inaccessibility in that it’s just as much a dating sim as it is an RPG.  For every hour of adequately entertaining battle, you will have two hours of interminable conversation. 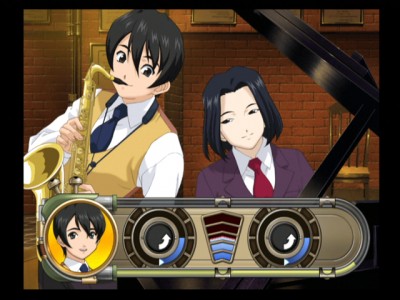 There are also quick time events. Lots of them.

Otakus in the target audience might not mind this.  Anime girls, mechs, and general silliness fill this corny tale of the New York Combat Revue in a 1920’s steampunk NYC, and if that’s your thing, you’ll probably enjoy it.  But to anyone else, it’s a boring blend of Power Rangers and Showgirls.  Most of your time will be spent in pointless conversations and the game seems to push the envelope when it comes to annoying characters.

You have the expected lolitas and buxom maids, but you also have Texas cowgirl Gemini Sunrise and uptight lawyer Cheiron Archer.  (The lawyer’s name is Weinberg in the Japanese version.)  If the regular floods of text aren’t unbearable enough, things go from bad to worse when Gemini starts spouting outrageous colloquial phrases that I’m certain the original Japanese writers thought were commonplace in Texas.  Cheiron constantly uses legal jargon and a wealth of other uninteresting characters fill the cast including your boss, Mr. Sunnyside, and an androgynous Japanese girl named Subaru.

Your character, Shinjiro Taiga, is whatever you want him to be, though your choices in dialogue are often either sickeningly sweet or unreasonably confrontational.  Successful interactions improve your ‘bond’ with characters and this ties into your ability in combat.  You can try acting how you want and in a natural manner, but seeing as the game slaps you on the wrist every time you say the wrong thing, your ‘choices’ will end up being dictated by what you think the NPC’s want to hear. 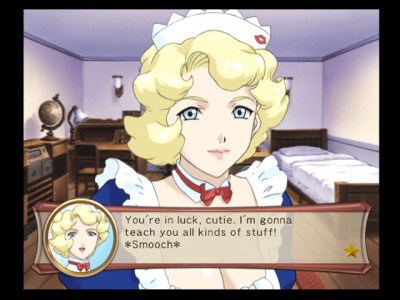 You have the option to shamelessly flirt with any female in the game. They either love it or call you a pervert. Kinda like real life.

Upon starting the game, players will have to wade through a little under 90 minutes of text and busy work before being allowed to partake in a battle.  It’s at this point that the gameplay significantly improves, but even the smallest skirmishes last too long and the game can’t resist dropping in unnecessary conversation mid-battle.

Sakura Wars: So Long, My Love is intended for those who imported the originals on the Saturn, Dreamcast, and PS2.  You know who you are and chances are good that you’ve already purchased the game and are enjoying it immensely.  But for other gamers who aren’t as in touch with that realm of geekery, a rental might be better.  You never know; the quirky characters and occasionally amusing script might appeal to you.

This review is coming from someone who has absolutely no interest in any anime beyond Miyazaki, Otomo, and Tezuka.  Friends of mine have led me to believe that Sakura Wars: So Long, My Love is remarkably faithful to standard anime, and if you enjoy that, you should enjoy the game.  The PS2 version is preferable to the one on the Wii just because it comes bundled with a second disc featuring the original Japanese voice acting and a poster of Gemini Sunrise, but in the end, a purchase comes down to how big a fan of anime you are.