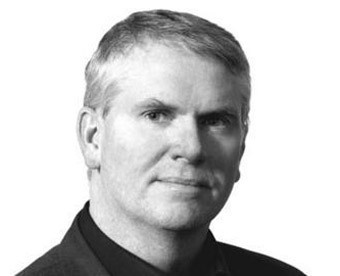 Sega of America became one of the companies with the strongest stance against the profitability of certain games on the Wii when the company came out and expressed a diminshed interest in publishing any hardcore IP on the console. But according to the President of Sega West, Mike Hayes, the earlier quotes the company has become associated with weren’t entirely accurate with the corporation’s philosophy. Considering that Sega has since confirmed a sequel to the hardcore Conduit and Tournament of Legends franchises, the previous quotes on the system do seem contrary to the company’s policy.

“To be blunt, there were some erroneous quotes that went out,” West told IndustryGamers, “They did come from Sega personnel but they weren’t appropriate or accurate. I did speak to a lot of the European press, saying ‘Please ignore all that.’ With Tournament of Legends we’ve definitely brought that down to more like a T-rated level. So there’s a viable market there. Is it going to be as big as the Teen or Mature market that exists on the Xbox 360 or PS3 platforms? Certainly not. Is it viable, because the cost of development on the Wii is significantly less than those other platforms? Then, potentially the answer is yes.”

“Our general view of the Wii is that it’s a platform that’s done Sega particularly proud; we’ve been very supportive of it with the success we’ve had with the Mario & Sonic series, success we’ve had with the Sonic series, and some of the redesigned IP like House of the Dead. So the Wii remains a very important part of our mix. So you will see certainly quite a few more announcements on Wii titles that Sega will be producing and publishing,” he continued, bringing up examples of comparative franchises, “Just Dance has been absolutely phenomenal. Most of what Sega does on the Wii is more in that field, but I still say there’s an opportunity for titles in that more edgy genre. You’re right that Wii is such a phenomenon that it caught many people off guard when it first came out, and I still think it continues to surprise with the software numbers it can notch up on appropriate titles.”