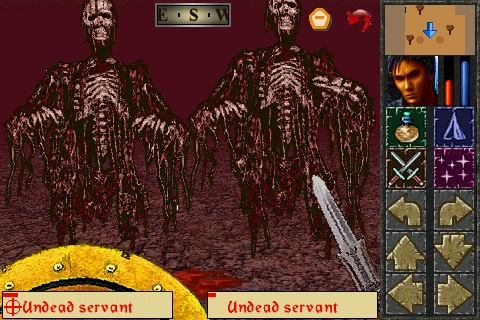 I’m behind on writing this review. I’m behind in writing everything. Why? Because I can’t stop playing The Quest (by Chillingo Ltd) on my iPhone.

Technically, I’ve been done with the main game for weeks. But the reality is that you are never truly done with The Quest because the game is simply that compelling. If you like this type of game, at least. 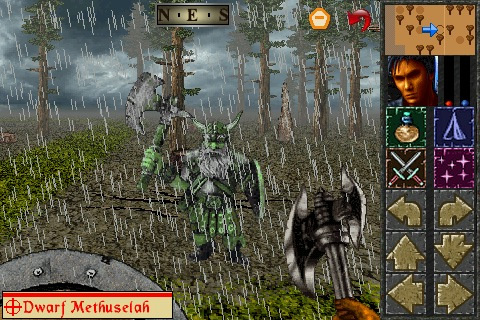 See, I have to admit my personal bias. I love games where I hit people with swords. I especially love the hitting people with swords games if they’re in the first person perspective. I love them even more if I can customize my character, weapons and what not. And I love them the most if there is a penalty/reward system for moral decisions made within the game.

Let me put it this way: If this game were a woman, I would leave my wife for it.

That said… As much as I love the game, I am forced to be a bit objective about it. The game isn’t without the occasional flaw. The gameplay system feels a bit lifted from Elder Scrolls III and IV with its approach, in the most superficial sense anyway. There’s also the inevitable buggy crash here and there. There’s a high curve in the beginning where the weakest of creatures might cause you to flee in panic. And as it is a game designed for cellphones. We have to accept that the turn based combat and rough graphics are what they are. You don’t go into a game like this expecting cutting edge PC level graphics. Or if you do, you should sit down and rethink your perspective on how the world works. 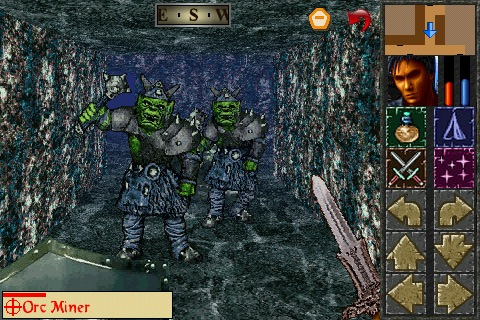 Most notably to me as a writer, there are a few questionable moments in the dialog. Moments that feel like the script was written by someone who’s English was less than perfect. It’s a bit of a distraction, though hardly what I would remotely consider a deal breaker. And the plot is fairly straight forward. It’s easy to predict as a player, but your in-game character has no means of stepping outside the predictable course of events. I don’t like knowing where the plot is going in an open-world style game, and not being truly able to alter said course of events.

And that’s all I have for negative criticism. The game is one of my current favorites. Easy learning curve. Diverse enemies. A massive world. Several expansions. An insane selection of armor and spells and weapons. A great potion making interface. Side quests galore. Dungeons. Castles. Swaps. Caves. Street hookers and classy brothel’s (and yes, your character can contract an STD). This game may not have it all. But it comes as close as anything else from this genre.

So, do I recommend buying it? If you were ever a fan of Dungeons’ and Dragons and you want a single player, turn-based first person equivalent, the answer is a resounding “hell yes.” If the previous description doesn’t apply to you, then just check out the free demo and draw your own conclusion. It’s worth a shot, bare minimum. 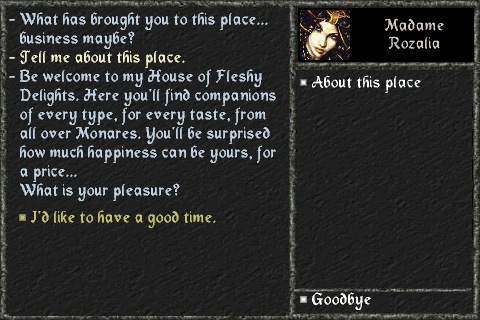 4 thoughts on “The Quest Review”