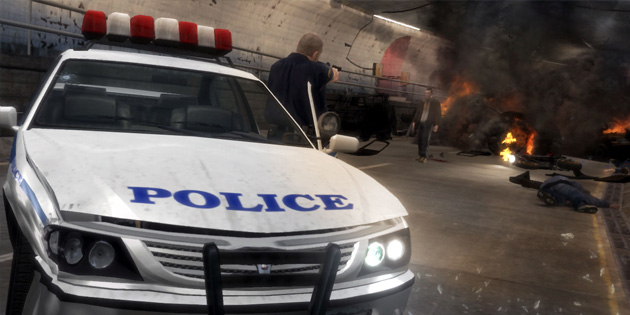 Name three games off the top of your head where a police officer plays a positive protagonist role.

Recently I asked a few of my gamer friends to do just that. No one could name three. 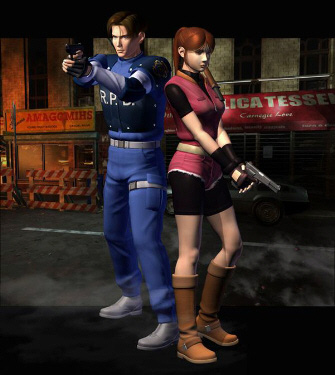 Leon probably holds the record for most rounds fired on the first day of his job.

Resident Evil 2 is a good answer. Leon Kennedy is definitely shown as the hero of the game on his first day on duty as a Raccoon City Police Officer. Max Payne doesn’t quite cut it since Max is an incredibly dark and negative character. Heavy Rain was close too, but the only positive law enforcement officer shown in the game is Norman Jayden. He’s FBI. The actual police in the game are shown as either overly-violent by roughing up witnesses or incompetent by trampling through crime scenes.

So, without googling, did you honestly come up with three examples? If so, kudos! If not (and be honest with yourself), do you see that as a problem?

Ever since our infancy, we’re taught that the police are the good guys. We’re told that if we’re ever lost, we should find a police officer. If we see a burglar break into our homes or we see anyone in trouble, we dial 911 and ask for the police. We played “Cops and Robbers” when we were kids. We had toy police cars. In our youthful minds, police were unquestionably always the hero.

If you didn't have this exact toy, you had something dangerously similar.

But there’s something odd about video games where police are more often than not, shown as the villain. Certainly the military and the FBI get their fair share of playing the role of the devil. But the FBI and the military have an air of sexiness to them. The high tech gizmos found in Condemned: Criminal Origins and cool military phrasing like “we’re Oscar Mike to the next base” from Battlefield Bad Company 2 make gamers feel kinda special. But it’s regular police that are vilified most of the time. I can’t help but wonder why that is.

I understand fully that escapism is probably the #1 reason why we game. Hell knows I’m guilty of lining up a good pile of police cars in GTA IV and launching an RPG into the center of their blue mass. There’s no denying it. It’s a ton of fun to play the role of the criminal since in our every day lives we’re living under social laws and constructs. So if given the opportunity to really let loose in a virtual world, most of us will! My question to you isn’t, “why are we always playing the role of the villain?” Instead, my question is “Why aren’t we ever playing the role of the unsung beat cops?”

Police officers are almost a near-perfect role to play. They live normal routine lives like our own, yet they are sometimes known for acts of great heroism. They’re armed. Most are in shape. Depending on where you live, some of them have pretty sweet squad cars. But game makers have somehow missed all this potential. So where are all the cop games?

As I look to other entertainment mediums, there’s no shortage of regular cops that are shown as heroes. Television alone has NYPD Blue, The Shield, Law & Order, CSI: New York, CSI: Miami, Justified,… CHiPs. The show COPS has been running since 1989! We have an entire “Police Drama” genre. 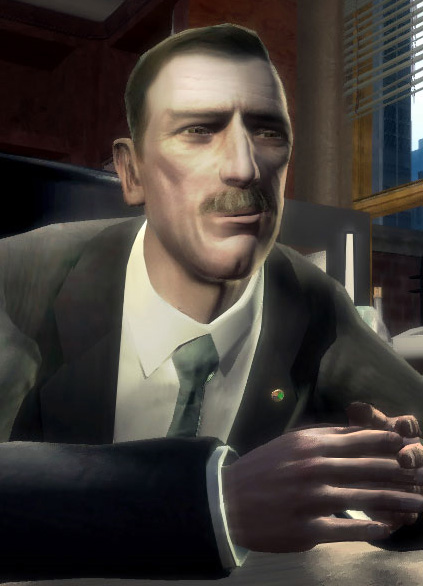 McReary is one of the smarmiest characters in video games. I dropped him like a bad habit on that park bench.

And if for some drag-addled reason you can’t think of any movie where a regular cop plays the role of a near superhero, I have two words for you: Die Hard. Hell, I’ll toss two more words at you: Rush Hour! There are tons of fantastic cop movies: Beverly Hills Cop, Scorpio, Police Story, Crime Story, The Thin Blue Line, Lethal Weapon, uhm…. Turner & Hooch... I’d love to play a modern adaptation of Die Hard.  It could be part Splinter Cell, part Batman: Arkham Asylum. We seem to have nailed the buddy routine with Army of Two, so why can’t we have something similar with cops?

Cops in video games are often the villain. They’re shown as being crooked to the point where they make the actual criminals seems likable. Francis McReary is the perfect example of this in Grand Theft Auto IV. Francis is so smarmy, he makes his addict brother Derrick seem like a sweet fellow.

And if they aren’t villainous, then they’re seen as helpless as  they run away in the classic “scared NPC” run with their hands over their heads and running as low to the ground as possible. Or the police get in the way of you doing your super duty or stealth mission. They’re in your way and prevent you from really letting loose on your enemy.

I can’t speak for everyone, but I would love a police sim game. I tend to be a bit of a sim addict, Roller Coaster Tycoon nearly stole a few years of my college career. Train Simulator is a runaway success. But when you put “trains” next to “cops”… which would you rather play as? Cops!

I would knock people over to get my hands on a Grand Theft Auto-styled game where you take back the streets and face off with dangerous gangs. I loved Heavy Rain. I could have done without some of the overly-stereotypical character archetypes, but I’d sell my neighbor’s noisy dog’s soul to get some more games in that vein.

I want to play “Cops and Robbers” again, but as an adult!

True Crime by Activision looks like it has some strong potential. But ONE police game isn’t going to cut it. It still feels like this is a relatively untapped well of inspiration that developers could be drawing from instead of giving us yet another sequel. Did we need another Bioshock and God of War? Do we need another Gears of War so soon? Because I can wait longer.

The opinions expressed in this article are solely those of Randy Yasenchak.