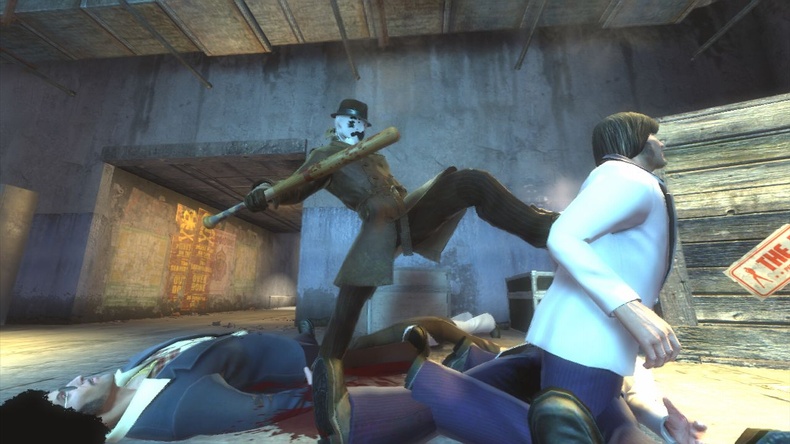 I loved this game. But that doesn’t mean the game was good. 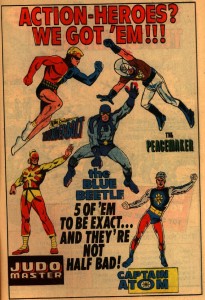 To preface: The Watchmen characters are based on the Charlton comics’ characters from the 1960’s. These comics first came into my hands as a young child in the 1970’s. I was instantly a fan of Thunderbolt, Captain Atom, the Blue Beetle, and most particularly, the back-up character from the Blue-Beetle comic, Steve Ditko’s The Question.

The Question only had one comic all his own: Mysterious Suspense # 1. Even by the late 70’s the production value of this late 60’s comic looked dated and weary. The lettering appearing to have been produced on a slightly deficient typewriter. The colors faded on the cheap paper stock. It didn’t matter. The ideas held within that page were transformative to my 7 year old brain. There was a level of personal responsibility present in all of Ditko’s work (he is the guy responsible for the Spider-Man origin – With great powers come great responsibility after all). No stranger to superheroes, this was still present in a manner I had never experienced before with the Question. In a very black and white, uncompromising morality sort of way.

In the mid-eighties, DC comics acquired the rights to the Charlton character (minus Thunderbolt) and relaunched a series of comics with them as the stars. The characters were modernized, but not so much they were unrecognizable from the source material. And while Steve Ditko’s voice was lacking from this interpretation, writers like Len Wein and Cary Bates did an excellent job in making the characters fun and energetic.

Much has been written about the Watchmen comic series, and there is little reason to rehash the details here. What I will say is this: while the series is a fine science fiction superhero murder mystery, it is more so an excellent commentary on the history of the comics industry itself. The book is popular for a reason. But like many ground breaking works, the surface aspects have been so deeply emulated that the original can appear redundant if one does not look at the book from the perspective of history.

Anyway, it’s an excellent comic and I recommend it. But this is about the game… 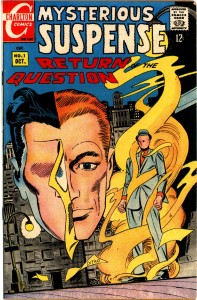 The thing is… writing a comic is not like writing a film or a game or anything that isn’t a comic. There is a very specific pattern to the language, an aspect of the juxtaposition of words and pictures that cannot survive translation. In most cases, what you can do is find specific elements to reproduce and create a superficially similar product. But the very nature of this transformation will leave the material in question fundamentally different than the source material. As Moore wrote Watchmen in a way that very specifically fit within the chosen medium, it is unsurprising that the game doesn’t really capture the essence of the original Watchmen comic series.

But that doesn’t mean the game is bad.

I won’t comment on the quality of the film. Enough has been written across the internet about it. I will say that I just watched the Ultimate Edition, and I preferred it to the theatrical release by a wide margin.

No… I’m here to talk about the game. And I seem to be doing a poor job of it. The thing is, if you’re looking for a nuanced video game experience that captures the look and feel of the world Moore laboriously created… I don’t think that will ever exist. On the other hand, if you’re looking for something that captures the fun and energy of the 1980’s Len Wein written Blue Beetle comics, specifically the three issue run where he teemed up with The Question, than this is fantastic.

Is the game repetitive? Yup. Is it a button masher? Yup. Is the writing and direction campy and 2 dimensional? Yup. Are the twists and turns in the plot easy to predict? Yup. Is the game fun to play? Yup.

You have a friend over, you put this game on and you hang out. This game is something good for two people to do while talking about whatever it is you’re interested in talking about. It’s like going fishing or playing golf or watching most sporting events. 75% of the time, it’s just fun white noise to fill any natural gaps in conversation between two friends.

This isn’t an immersive gaming experience. It transcends nothing. It’s just a simplistic and fun enemy grind to keep you distracted for a few hours. And if you are immersed at all in the history behind the characters of Watchmen, if you’ve read any of the original interpretations of the Blue Beetle or the Question, then the game is that much more enjoyable. In the most superficial sense, it plays like reading an old comic book.

Try the demo. Give it a shot. Don’t expect too much and definitely don’t expect an Alan Moore video game.