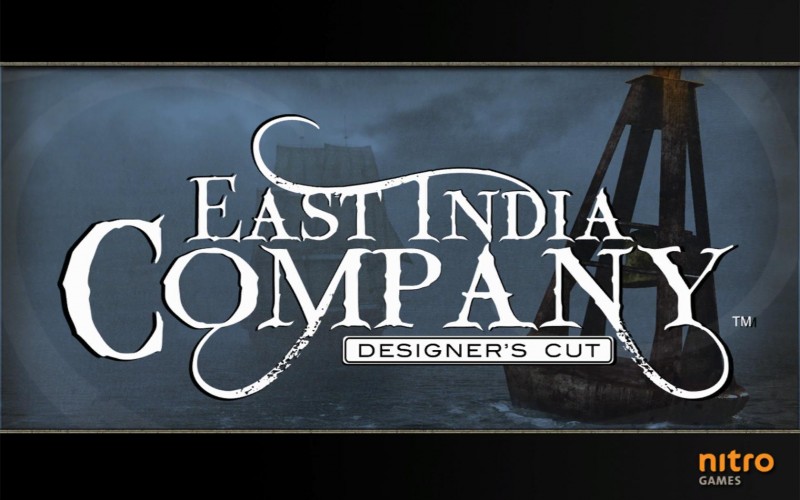 This compilation of the original Summer 2009 installment, the East India Company Collection, created by the Finnish based developer Nitro games was just released by Paradox Interactive with the original title along with the Designer’s Cut, which added several improvements to the original. The collection also includes the various expansion packs with this hefty purchase: Pirate Bay, Privateer, and Battle of Trafalgar. Basically, this purchase is an RTS fan’s dream come true. This combination of naval warfare and maritime trade provides for a balanced experience of military and economic strategy to bring your opponents into submission. 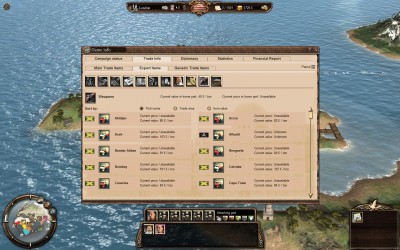 Based on the various European trading companies racing to establish a vast maritime mercantile empire in Africa and India beginning in the 17th century, EIC allows players to control a variety of factions including Great Britain, France, the Netherlands, the Holy Roman Empire, Sweden, Denmark, Portugal, and Spain. The addition of pirates as a playable faction was included in the Pirate Bay expansion for all of those buccaneers in you who only want to wreak havoc on the seas. Overall, whatever faction you end up selecting, it does not provide for any particular advantage or disadvantage over your other opponents. What it comes down to is that it is purely the name and the preference of flags.

There are three modes of campaigns: Grand, Free, Struggle for Domination, and Battle for Resources. Each mode has a series of primary objectives that must be met by a certain amount of time. Some of these objectives range from importing a certain amount of resources to your home port to capturing enemy ships and trading ports either in Africa or India. In addition to the mission objectives, there will times when your home port and other ports send notifications for demands of specific products for a reward. It is highly recommended to do a playthrough of the tutorials, especially for those who are not used to other similar RTS games such as the Total War series and Sid Meier’s Pirates! Also, the tutorial provides a good explanation of the basics of the game as well as the functions of the various buttons on the strategic and combat overlays. 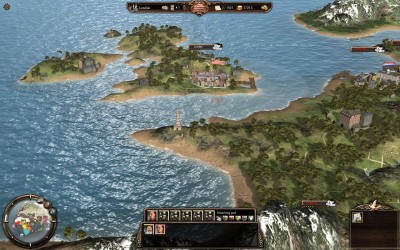 The beginning of empire

Once the game begins, you will be centered on your home port where you noticed that there will be special goods which you will need to buy and transport with you to your potential trading destinations to sell to the natives in order to begin to bring in profits. You will also need to construct new ships to expand your trading potential as well as protecting those new trading lanes that are established from pirates and rival companies. When you conquer ports, you will be able to improve the infrastructure such as the warehouses, dockyards, fortifications, and garrison size of the ports. This may seem like a worthwhile venture, but in reality, it is very limited as to what can be done to improve and maximize the wealth a port can produce. The lack of in-depth infrastructure development can make this seem like an oversimplified version of economic expansion.

After you’ve finished constructing ships, establishing trade routes only takes a simple click of the automatic trade route button. The AI does a good job following these routes, although there are some cases where your fleet will get stuck in some alcove, which will require you to redirect the ship back on to its course by using waypoints. The ship behavioral tool also ensures that your ships follow your orders while traveling towards their destinations. For instance, for small trade ships it is best to set an “avoid battle” command. The automatic route tool is very useful for those who don’t like to micromanage every action and who would rather focus on other aspects such as combat for one. 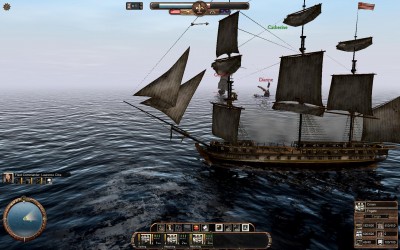 Battles can become up close and personal

When you do attack enemy ships you are given the choice of auto-resolving the combat or you can choose to fight it out manually. If you do decide to fight, you are brought into a 3D battle interface reminiscent of the naval battle style of Empire Total War. This is where the game can get a little hectic depend on what your style of combat is like. Within the battle sequence, there are two modes: Strategic and Direct Command. If you are all about sending your ships forward to get at the enemy with no control whatsoever, then using the strategic mode would work for you. Direct command allows players to literally take command of an individual ship, which is kind of like Sid Meier’s Pirates! Using the WASD-keys to maneuver your ship can allow you steer your ship more effectively than the AI as well as fire your broadsides at your own choosing. In this mode, a battle camera allows you to change views depending on the position of your target. Sometimes, the camera can be a little unresponsive at times when you want shift to where the action is at that instant. It can also be restrictive at times, especially when trying to better judge the position of your target to effectively fire. Direct command can give a unique combat experience, but may also be chaotic as you have other ships that you need to worry about.

As you prepare for battle, you will notice that you have a different choices in ammunition including round shot, grape, and chain shot as well as the option to have the ship choose. In addition, there is the line formation button to better organize your five ship fleet, and leader skills, which help enhance your combat potential. The Privateer expansion adds new specialists such as surgeons, cooks, constables, and marine officers to make your fleets more formidable. However, the only downside to this is that you can only access these attributes by playing the expansion, which only has the Privateers as the only faction in the game. For those players who are looking for a more grandiose sea battle, the Battle of Trafalgar expansion offers that experience away from the five ship limitation. 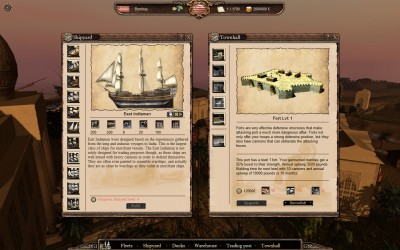 Micromanage at your own discretion

The best way to put it is that the game can be complicated only if you want it to be complicated. If you are one that like to micromanage every trade route and what each ship imports to maximize your profits, then by all means do that. You may find that it gives you a more satisfying experience. The music and sound effects add a nice touch to the game, but the music can be repetitive at times. The sound effects, like the sounds of the waves bouncing on the hulls of ships makes the game feel more realistic. Overall, the East India Company Collection provides a nice balance of combat and economics without overwhelming players with too much micromanaging, which is still prevalent in the Total War series. However, the game also has the habit simplifying certain aspects such as in-depth development of ports as well as large scale battles without a five ship limit. The five ship limit also has its advantages especially for those who are easily overwhelmed at having to manage multiple units. Another problem is that the expansion packs are not fully integrated into the game and are narrowly focused rather than combining all aspects and improvements to make the game a lot more fulfilling. However, this collection still provides a lot of content for the $29.99 price tag.