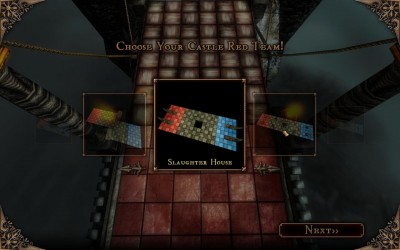 Pick your "dungeon" or chessboard

Indie game developer, Ice Game Studios and the strategy genre giant, Paradox Interactive teamed up to develop and release a hybrid turn-based strategy game with the gameplay style of chess called Legio. This game has a straightforward objective: outlast and defeat your opponent in two rounds on varying chessboard style dungeons. Believe it or not, this game has a story plot to it. After the king of Bella Lagucia Theoron the Witty died, his fraternal twin son and daughter Lorenzo and Florentia quarreled over who would ultimately succeed their legendary father. Consequently, the poor people of Bella Lagucia become innocent bystanders to this power struggle as the two siblings plunge the land into war.

The game has three different modes: Single player, Online two player, and Two Player Split-Screen. Single player mode pits you against the AI on either Easy, Normal, or Hard mode. Once you select your preferred difficulty, you are prompted to select your army for the first round of combat. There are seven classes to choose from: Warrior, Archer, Captain, Priest, Magician, WarRabbit, Assassin, and Giant. All of the units except the Warrior have special abilities that are automatically activated during the round. In addition, you are only allotted a certain number of distribution points, which are necessary to buy your units. This system was a little annoying, especially when playing against the AI because when you think you’ve chosen a good combination to start off, you have no idea what the AI chose, so for all you know, the AI could have chosen a more range attack oriented force, which could pretty much pelt you from anywhere on the board. After selecting an army, you also select your second round board, which have variations ranging from an open board to boards with narrow pathways. 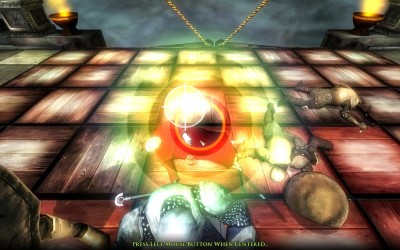 Once the round begins, as in chess, you take turns moving your pieces. Each piece has a certain movement range, but players may choose to have a particular piece stand ground and defend itself. When you choose to attack a certain piece, the camera will zoom in to a very close third person shot and a spectrum circle with a moving target cursor will appear, which depending on where it lands will gauge how powerful your attack will be. Optimally, left-clicking the cursor on the center of the spectrum circle will execute a powerful blow. However, sometimes it is hard to see the spectrum circle and the cursor because the colors are very light compared to some of the units close up on the board. Overall, the gameplay is very straightforward and easy for players to pick up and learn. However, it can be a little intricate as you discover the effects and advantages and disadvantages of each piece as well as what your army should focus on.

The graphics of Legio work really well with the theme, implementing a slight touch of Beetlejuice and The Adams Family elements in its character designs. When your pieces simulate attacks, there are little spurts of blood, but nothing too dramatic. The game’s animation, especially the melee and special attacks are well simulated for the most part, which adds a nice action effect to what could have been another bland game of chess. Furthermore, the sound effects enhance the actions very effectively. Throughout a round, you will hear some of your units let out random war cries and taunts at the other side. Sword cuts and the grunts of a giant ogre sound very convincing. In addition, the dark horror-esque music varies depending on the intricacies of the dungeons and the progress of the battles, which demonstrates a pretty intelligent music engine. 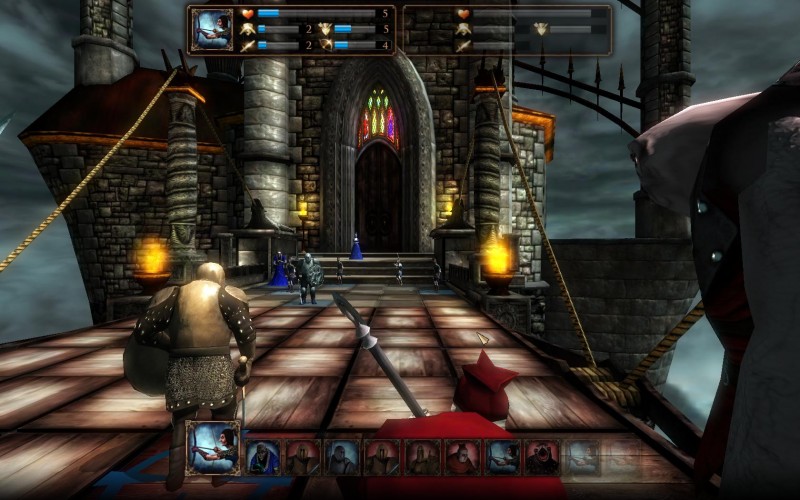 Overall, Legio puts a nice unique blend of chess and turn-based strategy elements together to form a pretty entertaining game. Though lacking in a story-mode for its single player, the game still allows for a fulfilling experience with each round you play simply because of the different ways you can assemble your army for battle. Most importantly, its simple gameplay is easy for anyone to learn. Once you have the basics down, the next step is finding what style of play works for you. In addition to the ease of gameplay, the graphics, sound effects, and animation combine to add a good touch to an otherwise very basic game concept. Chess can be boring, but Legio makes the age-old boardgame into an action packed struggle for power. The only downside is the $10 pricetag. Even though there are online multiplayer and split-screen features, the lack of some sort of basic story-mode to play out the power struggle makes the game not worth the price. Unfortunately, there are some other chess style games out there on the internet with similar features that are worth the grand price of free. Despite this, however, I would still give this game a try. If you really want to master the game, then pay the full price.