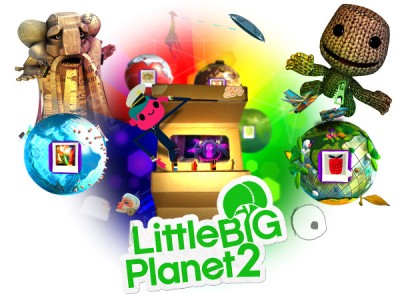 Early this morning LittleBigPlanet 2 was officially announced via LittleBigPlanet.com. The game is now the third in the series in under two years, in addition to countless DLC that has been offered via the PSN. The new trailer showcases the ability to create a variety of genres of games including overhead racers and space invaders clones. It also seems that there is new creation tools that allow individuals to create “puppets” which they can jump inside of and then control (Think LittleBigMechs), intelligent A.I., sackboy clones, and the ability to create useful contraptions. From this trailer, does this justify another 60 buckaroos out of your wallet, or is this a pass until the game of the year addition with all the free DLC comes out? Check out the trailer after the break..