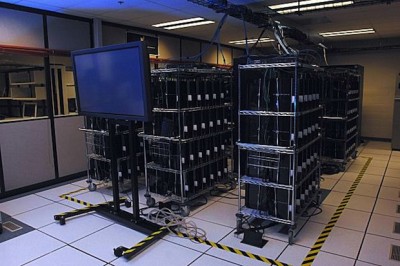 It began with complaints from consumers, but the backlash from Sony’s recent removal of “Other OS” support from its Playstation 3 hardware has grown beyond costumers. The company has been hit with another lawsuit – the original filed on April 30th – whose plantiffs state that Sony “…allegedly failed to disclose to customers that it reserved the right to remove advertised, built-in features. The suit also states the right to remove the ‘Other OS’ feature is not disclosed in Sony’s Terms of Service or System Software License Agreement.” This is the second case that cites false pretense as its reason for filing. Sony has yet to release an official reason for the OS removal, although the firmware in question’s release (after the hacking of the Sony Operating System) is what many in the industry accept as the cause.

Not just feeling the heat from the legal side of affairs, the “Other OS’ removal could negatively effect many side research projects utilizing the PS3 hardware. The Air Force Research Laboratory in Rome has been conducting some serious data crunching with Sony software, having purchased 1,700 160GB Playstation 3 models (at the comparatively low rate of $663,000), and since being able to process 500 teraFLOPS (Floating point Operations Per Second). Since these models do not need the Firmware upgrade that removes the “Other OS”, their research is currently unaffected. However, when the models break down or require maintenance, any automatic updates could severely hinder the research process.

“We will have to continue to use the systems we already have in hand,” the lab told Ars, but “this will make it difficult to replace systems that break or fail. The refurbished PS3s also have the problem that when they come back from Sony, they have the firmware (gameOS) and it will not allow Other OS, which seems wrong. We are aware of class-action lawsuits against Sony for taking away this option on systems that use to have it.”

“The gaming and graphics market continues to push the state of the art and lowers the cost of High Performance Computing, FLOPS/WATTS per dollars. This is important for embedded HPC, our area of expertise,” the Air Force Research Lab told Ars. “The HPC environment is rapidly changing; leveraging technology that is subsidized by large consumer markets will always have large cost advantages. This gives us the experience (lesson learned) to develop HPC with low-cost hardware, benefitting the tax payer, Air Force, Air Force Research Lab while utilizing limited DoD budgets.”

3 thoughts on “PS3 Other OS Hit with Backlash”