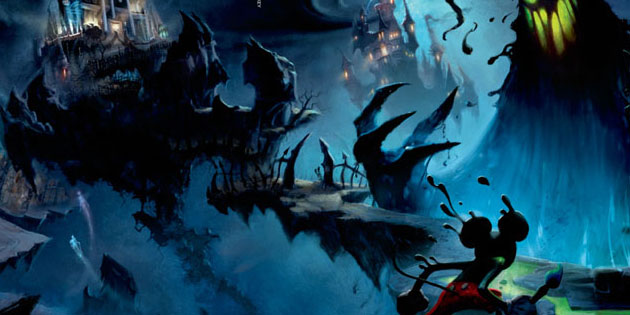 The big reveal of Disney: Epic Mickey took place just a few minutes ago at the Nintendo E32010 Press Conference, we’ve heard and seen this game before, but never like this. The demo shown in stage was on a map called Venture land, in it you’ll find familiar Disney characters like Smee from Peter Pan. The game features a creation-vs-destruction morality system, Mickey has to decide whether he wants to solve puzzles and defeat enemies by using the paint gun to create new environmental features or paint-thinner to destroy existing environmental features.