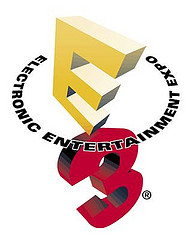 Keeping its doors more open to the public for the second year in the row, the Electronic Entertainment Expo in Los Angeles saw an unsurprising year-over-year increase in overall attendance in 2010. The show saw over 300 exhibitors demoing over 1,000 future and recent releases, and the Entertainment Software Association calculated that over 45,600 attendees graced the floor last week. The dates for next year’s show have already been announced as June 7-9, 2011 back in LA. Much to the chagrin of all the Elder-Geek staff, hotel reservations close to the convention center had already disappeared by the time of this announcement.

“E3 Expo is the global stage for the interactive entertainment industry, and the 2010 show was reflective of our innovation, growth and vitality,” said ESA President Michael D. Gallagher. “We are thrilled by the positive news generated by this year’s show, and we are looking forward to building on this great momentum for 2011.”

“The E3 Expo remains the must attend event for everything interactive entertainment,” said Jesse Divnich, analyst and Vice President for Electronic Entertainment Design and Research. “Every year the entire international gaming community keeps a close watch of the yearly E3 Expo, as the games, technologies, and events unveiled act as a catalyst for the industry for the rest of the year. In 2010, the ESA and E3 Expo event did not disappoint as the yearly event exceeded the expectations in every way imaginable.”