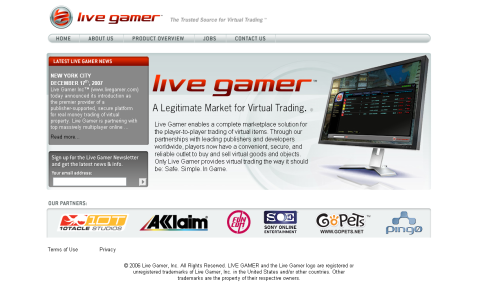 Having passed its gestation period in Asia, the Free to Play (F2P) game model has found a significant measure of success in nearly every market it has been employed. According to Live Gamer, a commerce solution and DFC Intelligence firm, the Free to Play market could “…explode over the next few years, reaching over $7 billion worldwide by 2015 – more than double the revenue for 2009.” In North America and Europe, the model is expected to be worth $3 billion alone.

A report,“Consumer Trends in Virtual Goods and Downloadable Gaming in North America and Europe,” filed by the firm found that “top Korean F2P games that require a large client download and feature robust game play are able to convert over 10 percent of users into paying customers.” As opposed to Facebook and other social networking games, which only see less than a percent of users become paying costumers.

“Another interesting result of this study is that the idea that F2P games have a ‘microtransaction’ business model is actually quite misleading,” noted DFC analyst David Cole. “Historically, the average purchase is over $10 and some games offer an optional subscription. Going forward, it is obvious that understanding consumer purchase patterns and preferences will be a necessity for continued success. Advanced analytics provided by platforms such as Live Gamer’s are a valuable resource for tracking these patterns.”

“The free-to-play model is increasing in popularity at an astounding rate, both in the U.S. and worldwide,” added Andrew Schneider, co-founder and president of Live Gamer. “We’’re seeing average revenue per paying user top $28 per month across the 145 titles that Live Gamer powers around the world. With engaging games and a solid monetization strategy in place developers and publishers can see great success leveraging item-based business models.”