For those of you who are avid Hearts of Iron fans (i.e. yours truly and maybe one other person) and still endeavoring to learn the ins and outs of Hearts of Iron III and trying not to curse at the overwhelming amount of information in the game, this latest expansion pack to the colossal installment shall assist in refining the complicity of some of the features of the original game. Hearts of Iron III: Semper Fi addresses and modifies many common issues that made the original installment difficult for players to efficiently and effectively play. At the same time, the expansion also added a few new little features to make the game more historically accurate and a more fulfilling experience.

One of the more important modifications made to the game most notably comes in the management aspects especially with regards to AI control. Players are now able to define their own theater zones with a simple drag-and-highlight of regions. To supplement a refined delineation of combat zones, Semper Fi also significantly improved AI management of several aspects including the mentioned combat zones and the units assigned to that area of operations. Also, in order to better control AI actions, the expansion features different stances for Air, Land, and Sea units that fall within the jurisdiction of whatever theater that you choose to have the AI take control. Though this may seem like more micromanaging, which it is in some respects, it really comes in handy when you have other things to worry about such as the economics, diplomacy, tech research, and intelligence gathering. 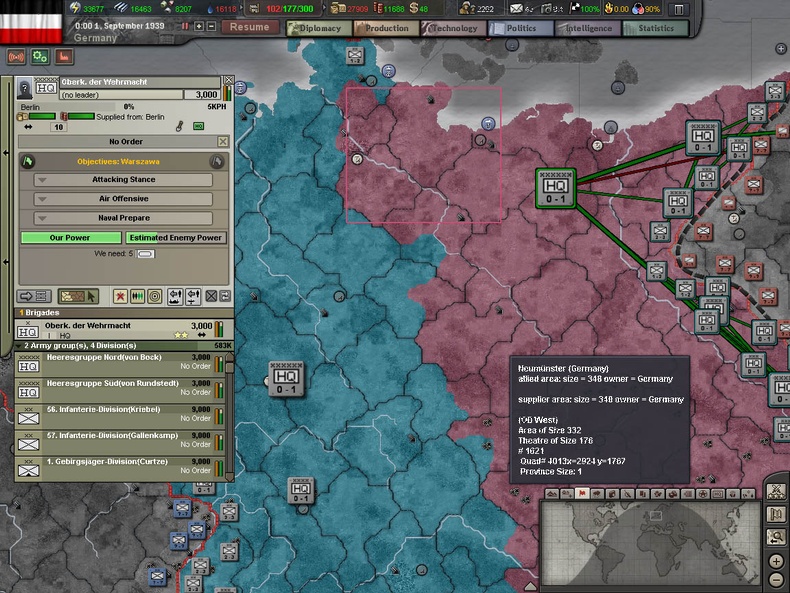 Add or subtract regions from your Theater

On the production side, the AI will now provide recommendations to players on what particular units to focus on for each area of operations, giving a more strategic guideline for production. Although AI management has improved in these areas, it is by no means perfect. There are instances where in a specific theater under AI control, the AI will sometimes reposition crucial units to another position along the front where it deems as vital to the war effort, but in reality may have no importance in the player’s overall strategy. Players may find themselves having to disable AI control in order to reposition certain units back to where they had originally intended them to be placed. The AI may also break up a group of units and form new armies unnecessarily, which could add to the frustration for those players that like a certain style of organization. Despite these cons, for those players who find it difficult to wage a multiple front war while managing their country’s infrastructure, the improvements to the AI would be a welcome modification. It all depends on the individual’s style of play. 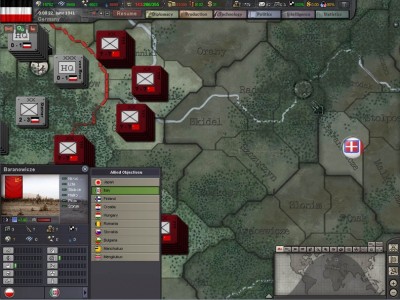 Ask for help from allies and give them an objective

Another feature that Hearts of Iron III desperately needed attention is allied cooperation in conducting joint operations against a common foe. Specifically, the modification of worthy note is the ability to set allied objectives either within your territory or that of the enemy. By requesting assistance from your ally, it will send troops to that location until it is conquered. However, there is a twist. The ally may not comply with your demands, but would keep those objectives in mind as high priority, but may not commit resources to secure the objective. If you play as Germany, you might as well do everything yourself and not rely on allies because in reality, your allies are merely puppets. Although this feature is better than taking direct command of your ally’s military, this idea of allied cooperation would work better in a multiplayer setting, but a good starting point nonetheless.

Along with these more prominent improvements, Semper Fi also included more subtle enhancements, which help to provide more definition in the gameplay. As veterans of the series would remember, before the start of a scenario there would be no real concrete victory conditions. The definition of victory based on objectives you set for yourself. However, Semper Fi has instituted a list of victory conditions for players to choose from while selecting a scenario from the menu screen. Depending on what country to play for, the list may vary unless you choose to play a nation that falls under the Allies, Axis, or Comintern. Once you select your 15 victory objectives, your victory score will reflect the amount of objectives you’ve fulfilled. For those wanting a more concrete direction, this list of objectives will be great to utilize. However, for those players who enjoy the open-ended style, by all means continue what you are doing. 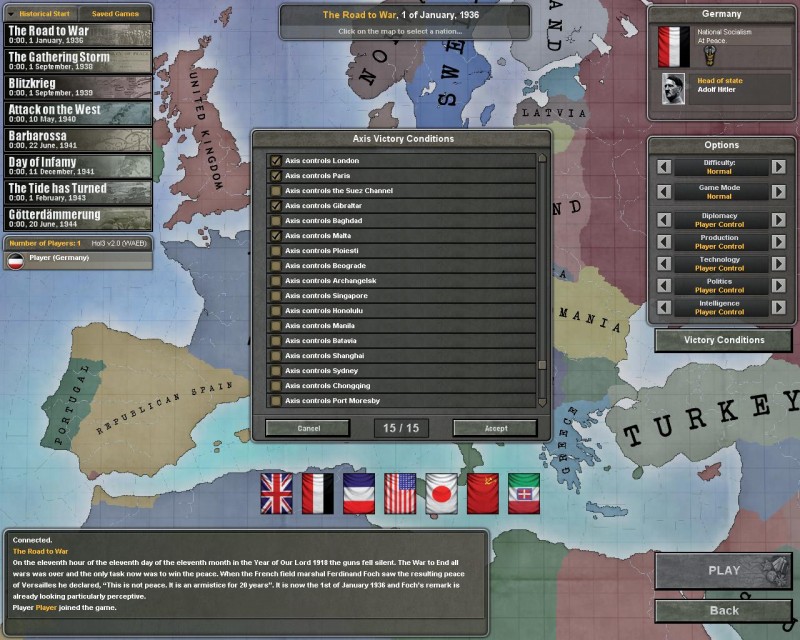 Choose what you want to accomplish 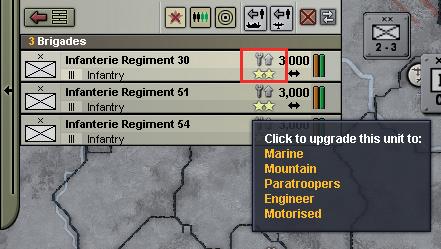 The last feature that bears mention and alleviates some frustration is the ability to upgrade existing brigades to more advanced versions of their class. For example, players may upgrade a regular infantry brigade to a motorized infantry unit or an artillery brigade to self-propelled artillery. The downside to this is that this could cripple your division’s strength since the brigade that is being upgraded would be taken out and added to the production queue. However, this would also save you extra time as you would not have to create new whole units, but rather upgrading what you have.