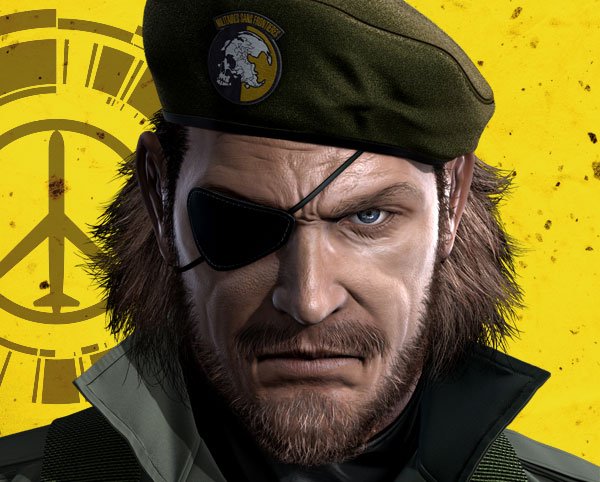 The Metal Gear Solid series, built on “tactical espionage action,” (or, in this case, “tactical espionage operations”) has long been a staple of the stealth genre.  Solid Snake’s newest portable adventure keeps in mind the limitations of the PSP platform, and while falling short of its console-based brethren, ultimately provides a satisfying Metal Gear experience.

Taking place after Metal Gear Solid 3: Snake Eater (2004) and Metal Gear Solid: Portable Ops (2007), Peace Walker casts you in the role of Naked Snake, AKA Big Boss.  Now in charge of a group of stateless mercenaries called ‘Militaries Sans Frontieres’ (Soldiers without Borders), Boss finds himself embroiled in an international conflict set in Central America.  It’s late 1974, so the primary players are the Russians and the Americans.  Smack-dab in the middle is Costa Rica, a group of rebels, and your ever-growing personal army.

The storyline begins with a semblance of reality, but the plot soon devolves into the standard Metal Gear formula involving mechs, conspiracy theories, international espionage, and numerous twists in the narrative.  However, the characters are thankfully not as long-winded as we’re used to, and cutscenes are of a more sensible length.  Whether it’s due to some skillful trimming of the useless fluff that filled the other games or a measure imposed because of the PSP’s battery life, we’ll never know.

Despite its comparative brevity and succinctness, the script is no less melodramatic.  Moral messages are beaten like dead horses and subtlety is essentially nonexistent.  Time and again, characters will repeat what is obvious, but not to the degree of the console iterations.  And for those who are only there for the stealth gameplay, all cutscenes and codec discussions can be skipped. 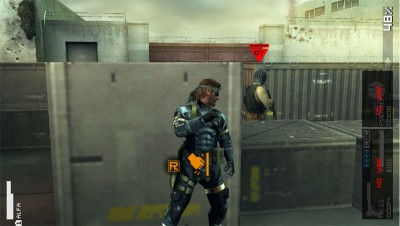 The controls are never perfect, but they're more manageable if you remain incognito.

Gameplay-wise, the greatest hurdle is undoubtedly the PSP controls.  Peace Walker improves upon Portable Ops, but players are never in as much control as they’d like to be.  It’s simply one of the disadvantages of having to control both a character and the camera.  The control scheme is actually the main reason to remain undetected, seeing as it almost completely breaks down when the player is discovered and gameplay reverts to a clunky third-person shooter.

To compensate for these functional disadvantages, enemies are far less observant and often downright stupid.  If you’re spotted, you’ll have your work cut out for you, but the tried-and-true method of keeping your distance and picking off enemies with a tranquilizer gun makes the game a cakewalk.  There are a few times that direct encounters are forced upon the player, but the odds are never insurmountable if you plan your strategy and are properly prepared.

Complementing the somewhat sloppy shooting controls and less than useful Auto-Aim are the CQC (close quarter combat) controls, which are excellent.  Almost entirely driven by quick-time events, Boss is able to take down groups of enemies in fluid combos simply by following button prompts.  This method minimizes player interaction, but better that than having a broken and ineffectual melee system.

Preparation is one of the key elements of Peace Walker.  Though progression is linear, players are allowed to restock their supplies and customize their load-outs in between each mission by returning to the offshore platform that is the MSF’s base of operations.  As a result, you can tackle missions however you want by equipping Snake with a variety of weapons, items, and camouflage. 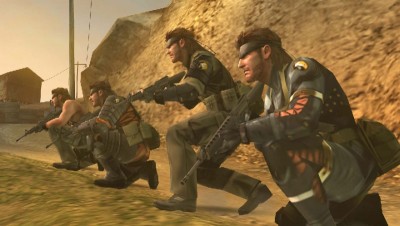 Co-op mode is the best when you and your teammates are in the same room.

The Mother Base is integral to progress.  As Snake takes down enemies, he can choose to have them recruited into his own army and staff the Mother Base for stat boosts and other benefits.  With Combat, Research & Development, Food, Medical, and Intel Teams, each captured POW or willing recruit has a set of skills that make him perfect for a certain team.  Performing well in the field translates into experience for you and your soldiers, which in turn results in better weapons, healing items, and other beneficial effects.

While the entire system might seem daunting at first, it succeeds in adding several layers of strategy and depth without descending into the muddy waters of micromanagement.  Players can choose to custom-build their teams, but there’s an auto-assign option for those who just want to play the game they’re used to.

In addition to the main story missions, Peace Walker has numerous ‘Extra-Ops’ that range from side-quests to tests of skill.  Unlike the main mission, these can be tackled using any soldier within the Combat Unit, allowing dedicated players to work for an extra boost in experience.

Another massive aspect is the new cooperative mode, which allows almost the entire storyline to be played with a number of other teammates.  When executing ‘Co-Ops,’ it’s an entirely new gameplay experience depending on the skill and number of teammates and the level of communication.  The multiplayer options extend to a series of standard competitive modes, and it’s a welcome addition for those who want to keep on playing after the single player has dried up. 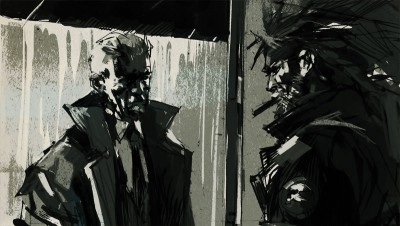 The visual style looks good, but some might find the lack of 'proper' cutscenes disappointing.

Visually, Metal Gear Solid: Peace Walker is quite astounding considering the specs of the PSP.  Character models and environments are crisp and pleasing to the eye, and cutscenes are handled using graphic-novel type animation.  The times when the player is allowed to interact with these cutscenes are some of the more memorable moments in the game.

David Hayter returns as the voice of Snake/Boss, heading up an able voice cast that delivers their lines with conviction, something that is all the more important considering the lack of facial animation during dialogue segments.  The music is excellent throughout, but has a different ‘sound’ when compared to other entries in the series simply because Harry Gregson-Williams wasn’t the composer.

While the stealth mechanics are only a little more than skin deep and the game struggles with the action segments, it’s presented so well and has all of the hallmarks of a Metal Gear title that fans of the series shouldn’t hesitate to purchase it.  The entire experience will last at least 20 hours, which is sizable for a portable game, and there’s enough variety to keep it interesting throughout.  All in all, it’s an admirable addition to the series.