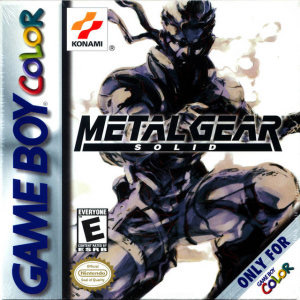 Before we were assigned to the failing body of an old man, before we were playing our own father and before we were forced to be an effeminate blonde with a nagging girlfriend, we were Solid Snake. With the fast approaching Metal Gear Solid: Peace Walker for the PSP, we will once again take up the mantle of Big Boss. Because of this dilution of the MGS universe, we sometimes forget to look back and remember the hero we originally came to idolize. He was a take-no-prisoners espionage agent in a blue sneaking suit with a penchant for snapping necks. Solid Snake didn’t always go horse yelling “Liquuuiiiid!” No, he used to spend his free time mouthing off to huge Inuits wielding chain guns and assuring us that love can bloom on the battlefield right after he shoots your soul mate with a Nikita missile.

Now I know what you’re all thinking, you’ve already saved the free world from destruction with every variation of Snake there is. Maybe so, but there might have been a little mission you neglected to take part in.

Metal Gear Solid for the Game Boy Color is not a remake; it is a brand new mission featuring Solid Snake seven years after the events of the first game in a pseudo-alternate timeline. Snake must return to Outer Heaven to stop a new prototype Metal Gear from falling into the hands of a guerrilla separatist group called the Gindra Liberation Front, and it’s up to you to guide him through it. 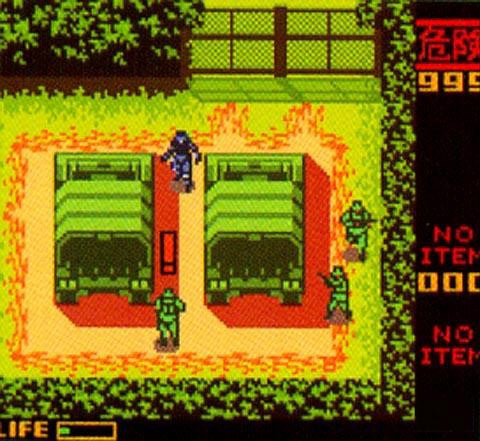 For a Game Boy game, this MGS supports some impressive music and visuals.

The game itself is played from a top-down perspective much like the original Metal Gear for the NES. Surprisingly, the game manages to bring back almost all of Snake’s tricks from the first Playstation’s MGS to the foray. You can press yourself against walls, knock on surfaces to distract guards, sneak via cardboard box and all of it is beautifully animated on the 8-bit screen. Even Colonel Cambell and Mei Ling make an appearance. Yes, almost all of Snake’s weapons, comrades and techniques are at your disposal in this incarnation of the MGS franchise. The only downside is that all these tricks aren’t entirely necessary when the enemy AI is pretty much what you would expect from a Gameboy Color game. You can literally kill a guard while he’s having a smoke right next to his partner without alerting anyone. Snake is pretty much breaking into a nursery and punching newborns left and right, but somehow the games intelligently designed levels and traps keep this from becoming an issue.

The game does veer away from the mainstream Metal Gear titles in some aspects. For instance, you cannot backtrack through previously visited areas. Instead, the game is divided into 13 missions which rank you on your performance once completed. Don’t worry though; you can relive your favorite moments at any time by selecting a chapter at the mission screen. Speaking of favorite moments, the game sports some of the most bizarre and interesting villains of the MGS series in the form of the oddly familiar Black Chambers, a group of mercenaries with animal codenames. From the creepy serial killer with a love for puppets, Marionette Owl, to the grossly underrated flame-thrower wielding Pyro Bison, you’ll find the villains in this game as memorable as any other. At the very least, you’ll find them more interesting than the villains from Sons of Liberty… I mean seriously, they had to use half of Guns of the Patriots to make those characters even moderately presentable. 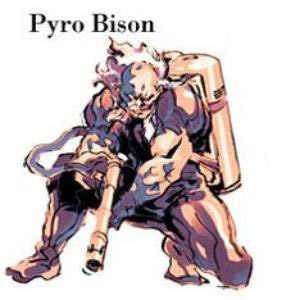 Pyro Bison is a testament to manliness. Skullet + Burt Reynolds Stache + Flamethrower is the formula for greatness.

Once you’ve completed the main story, the game offers a ton of extras. There’s new mission objectives for each chapter, 180 puzzling VR mission and a versus mode if you can find a friend who has a Gameboy and link cable. But more importantly it’s a return to classic Snake. The one who would taunt his enemies with witty repartee, and although there’s obviously no voice acting in this installment, the music and story are of a caliber unseen on many other handheld titles.
So if you’re a fan of the Metal Gear series and haven’t played MGS for the Gameboy Color, get to your local used game store and find this gem. It’s an experience that will remind you of what Snake used to be before we started swapping more characters than Dr. Sam Beckett (Anyone? Quantum Leap? C’mon that was classic). With great 8-bit graphics, an involving story, a surprising good soundtrack and more extras than you can wave an SMG at, you’ll be happy you did.