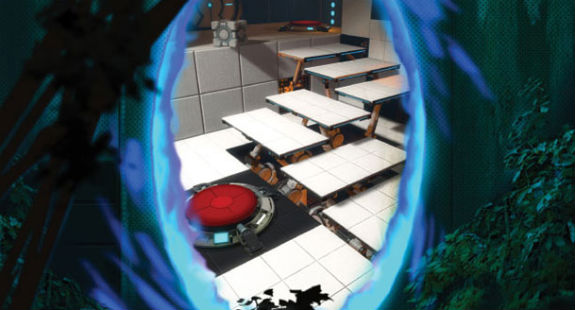 While the world will be looking on at this year’s E3, two noted absences have some seriously anticipated properties either downplayed or non-existent at the show. Rockstar has skipped its appearance entirely, opting instead to show off demonstration builds of L.A. Noire and Max Payne 3 at a private venue at “a later date.”

“In the end, we feel we simply don’t have enough time to show as much as we would like in the time available,” a Rockstar spokesperson told CVG.

More intriguing, however, is the cancellation of the Portal 2 showcase by Valve (the game will still be available and playable on the show floor). In its stead, the developer announced that it will be showing off a “surprise,” the time and details of which will supposedly “only become available as you experience the surprise.” The hint has had analysts predicting Half Life 2: Episode 3 almost immediately, but other predictions range from a brand new Source engine to a Defense of the Ancients-related project. The word “surprise” still lingers off Portal in our minds at Elder-Geek (remember the final confrontation with GLaDOS?), but we will know for sure at E3.