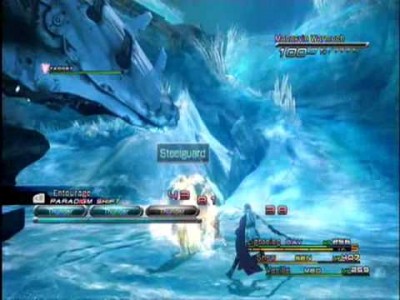 Final Fantasy XIII has been a lighting (get it?) rod for both criticism and adoration since its release, but with a recent mass of freezing issues on the PS3 version, it has also become a lawsuit target. A class-action suit filed by Daniel Wolf of California, the title is responsible for causing “severe and widespread damage” to a number of PS3s since its launch earlier this year, and is seeking $5 million in damages. While both Sony Computer Entertainment and Square Enix acknowledge the fault, neither has accepted official blame.

“The internet is awash with consumer complaints arising from the use of Final Fantasy XIII video game discs on PS3 game consoles,” says the suit. “These complaints detail the drastic damage caused by Final Fantasy XIII to PS3s, and the measures [Sony and Square Enix] have taken to prevent consumer from recovering for their damaged systems.”

“Consumer complaints pervasively describe the purchase of a PS3 game system for up to $600, subsequent purchase of a supposedly PS3-compatible version of Final Fantasy XIII for approximately $60, and resulting PS3 system inoperability or outright failure when the two products are used together for their intended purposes.”