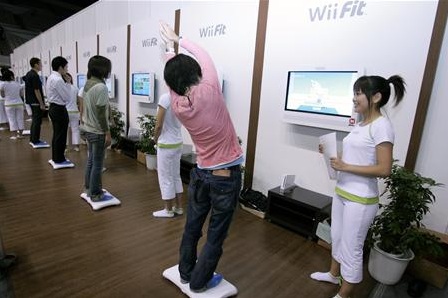 Think you’re the best at the Big N’s console? Well, the Wii Games: Summer 2010 competition will give you your chance to prove your mettle and achieve the title of the Best Player in the Country. Beginning on July 16th at Liberty State Park in New Jersey, with events branching out across 16 yet unconfirmed malls across the United States, as well as select Six Flags amusement parks in California, Texas, Illinois, Georgia, and Massachusetts.

The competition is divided into five categories of gameplay performance: Wii Sports Resort (bowling and basketball), Wii Fit (hula hoop), New Super Mario Brothers Wii, and Mario Kart Wii. Teams of two or four can enter, with age groups ranging from teen to “super” adult (no word yet on what that means), as well as combined groups. Winners will travel to Los Angeles for the National tournament, where grand prizes include trophies, cruises, entertainment centers and of course, a variety of Nintendo and Wii brand products.

“The Wii Games: Summer 2010 events are a celebration of the fun, active, inclusive spirit of Wii,” said Cammie Dunaway, Nintendo of America’s executive vice president of Sales & Marketing. “I’m sure players will have fun interacting with friends and family members while they train for each event. Even better, they’ll get to demonstrate their skills in front of enthusiastic audiences everywhere.”