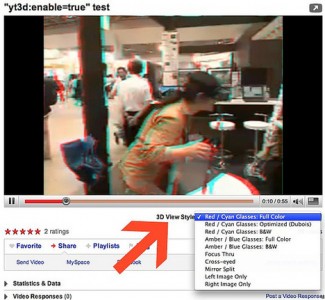 Admit it, you’ve always wanted to watch “Chad Vader: Day Shift Manager” in 3D. And with the September Firmware Update to Sony’s Playstation 3, you’ll finally be able to. SCE recently announced the extension to the system’s already impressive 3D capabilities, which also include the ability to display 3D pictures and home videos.

“As you start taking 3D pictures of your family or 3D camcorder movies, you can play those back on PS3, too,” teased Mick Hocking, Senior Director at SCE Europe.