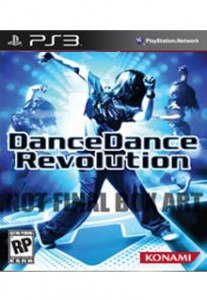 A long-time franchise on the PS2, Konami’s Dance Dance Revolution is returning to the Playstation home console for the first time this generation. Announced on Konami’s Facebook page, no details on the game or its release were revealed. An August 12th “launch party” was announced, however, and primary details are expected then.

One thought on “Dance Dance Revolution Coming to PS3”