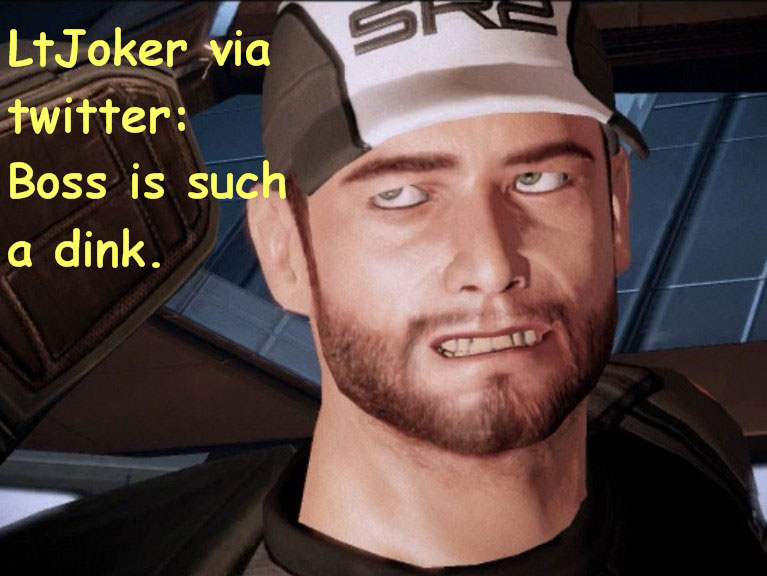 Because L.A.R.P.ing is way too physically active and tabletop role playing requires a synching of schedules from all of the individuals involved, it was only a matter of time before someone started using social media to role play. Sites like Facebook and Twitter are becoming a hub for the geek hearted and a way to not only follow along with the fictional lives of their favorite video game characters, but also a way to be them.

Some of these role-playing communities are extremely large. On Twitter, for example you will find more than 250 characters relating to Mass Effect all co-mingling in what is often times a very dramatic and often times very amusing universe. You may wonder, as I have why people have taken one of the most visually stunning, complex games out there and reduced it to 140 characters at a time.

“It mixes social interaction with escapism. So you have the fun you experience when playing a game as well as the camaraderie of being in a group of like-minded people.” That’s what Commander Shepard had to say about it anyway. He also has a Formspring page…ladies. The plots, from what I can tell are often silly and yet most people manage to stay in character extremely well. These are folks that really love this game. They are also not associated with Bioware in any way, yet seem to interact with some of the game developers on a regular basis (including one who seems to have inserted himself into the plots as a talking chicken in the cargo hold).

If you find yourself wondering what your favorite game character is up to, do a search on Twitter or Facebook. Be-friend them. Interact with them. It really is a whole lot of fun. And so many communities are doing it.

6 thoughts on “It Was Bound to Happen – Twitter Role-playing”