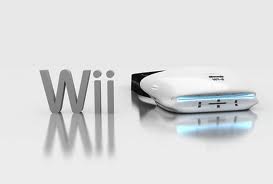 Arguably the least future-proof of the current console generation is Nintendo’s Wii, its lack of HD support and storage space leading to rumors and speculation of a Wii 2/Wii HD for years with little validation from the Big N. Now, via an investor Q&A session, company President Satoru Iwata has confirmed the behind-the-scenes production of the next Nintendo console.

“Naturally, we are developing new products all the time. Whenever asked, our answer is yes, (we are making new products.) Our development departments are dedicated to developing new products. Once we release a product, we will soon move to the development of the next,” Iwata responded to certain questions. “Since the launch of the original Nintendo DS, the company has introduced you to several new models, but we have to anticipate the life span of the Nintendo DS series will eventually come to an end someday. We have been studying and developing the next product for that day.”

“In this context, Nintendo 3DS has been under development for the six years (since the release of the original Nintendo DS.) Speaking of other products, we are of course studying and developing the next console to Wii,” he said. “However, there is a big difference between studying a product and announcing what it is and when we will release it.” He continued, “A great idea will promptly be copied unless protected through patents. At the same time, it is really important for our business to positively surprise people. Will you be surprised by our completed product if we told you how it is surprising three years in advance? Therefore, we basically disclose information on our products as late as possible,” he added. “We believe this is the best approach for the entertainment products we are developing. Again, we are planning the next products for Nintendo’s continuous growth, but we cannot tell you what, when and how we will release it here.”

Excited to finally hear some news on the next console generation? What do you expect next from Nintendo? Tell us your ideas below!

2 thoughts on “Nintendo Officially At Work on Wii Successor”