We are getting closer and closer to the end of the summer gaming lull. What are you doing to stay geeky? 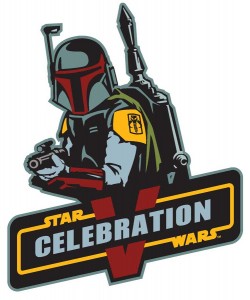 This week has been VERY geeky for me. I finished up my vacation in Southwest Florida with a midnight showing of Scott Pilgrim vs. The World and I also beat Uncharted 2. However, that is only the tip of the iceberg.

On Saturday I attended Star Wars Celebration V with a group of my friends. I’ll save most of my details for my full article about it, but I will say that I have never geeked out more in my life than I did that day.

I closed out the weekend with The Expendables because you can’t go wrong with every modern day action star shooting guns and blowing stuff up for an hour and a half.

I’ve officially settled into my new digs and decided to do some excavating in my parents house. As I explored the back of my old closed I found my gray best friends, the  Super Nintendo and Nintendo, in an abandoned shoe box. Well, I hooked those babies up and they are truly made of indestructible Nintendium because they’re still kicken out the jams like Kid n’ Play. I’m going to make it my goal to beat all three SNES Donkey Kong Country games before the new one comes out so expect a retrospective article at some point. As for new gen games, my girlfriend has commandeered the HD Television while she plays through Bayonetta so who knows when I’ll be able to jump on that again.

I kinda feel bad I missed it the first time around.

I’ve actually started playing Doom 3. While I’m not finding it as frightening as most people, it is DEFINITELY a welcome challenge. That game has definitely aged gracefully.

I can’t stand those little baby skull spiders though. Gaahhh!

I also grabbed a copy of NHL 10 from estarland for some upcoming local coop gaming.

I’m still trapped in the game that is StarCraft II.  I am pretty much going to be at this game until I’ve completed all the single player campaign achievements, which includes beating every mission on brutal difficulty.  My World of Warcraft resurgence has finally taken a backseat.  I feel I got my fill of what I missed over the last two years, even though I didn’t actually hit any of the 25-man raid instances.  That’s what YouTube is for!

I have yet to play Dragon Age: Awakening since I received it in the mail right after the news that Dragon Age 2 was about a  new hero.  I became somewhat disinterested since I knew what I did in that pack wouldn’t matter anymore.  Nothing can change that though, so I might as well get a few more hours of fun out of my 2-handed warrior, right?

2 thoughts on “The Weeky in Geeky”