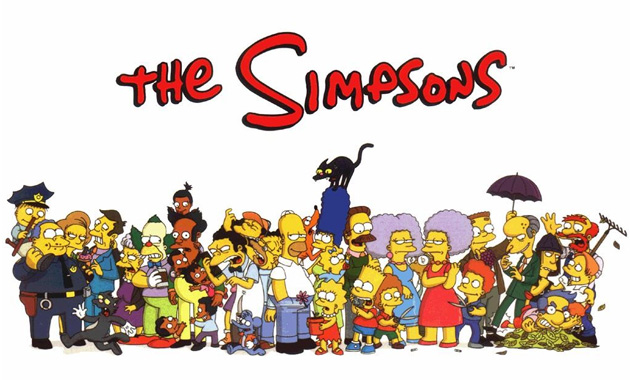 So, what did YOU do geeky this week? Here’s what some of us at E-G have been doing to try to keep up our geek cred this week.

This week I can’t say I did much geeky. I moved into my new home and set up the new home office. The Bear and I are still unpacking but most of our stuff survived the move which is always a big plus.  The only thing geeky I CAN say I’ve done is watched a ton of episodes of The Simpsons.

Look at that scowl!

When I wasn’t working this week I was playing through Dragon Age Origins: Awakening. Overall it was a ton of fun and I am now contemplating what origin and character type I want to be for my second play through of the full game, thus putting my backlog on hold again. My friends and I also celebrated three of our birthdays. We went out to dinner and played a fun board game called Quelf, but the most noteworthy thing was Trevor’s gift: Deathrace 2000.

I spent much of the last week getting all my worldly junk together and moving it to Northern Florida. When I wasn’t testing my patience packing, I was testing my patience in Demon’s Souls (try saying it three times fast [if you just tried you should be ashamed of yourself]). I’m sorry all you D’sS fans, but

I just can’t seem to get into the game. Maybe it’s the massive time sink for little rewards or maybe I just suck. Also, to add to my geek quotient, I managed to watch all 3 seasons of Avatar: The Last Airbender. You may laugh but I actually thought it was cool as hell. Now I’m just chillin in my internetless house realizing what it’s like to be a neanderthal. What? How am I writing this without the Internet? SCIENCE! (Thank you Iron Tager)

I am DEATHSPANK! Hero of the Downtrodden!

This week I’ve been home sick with the flu for most of the time. Not a lot of gaming has gone down, though I did manage to start up DeathSpank which I’m playing through right now. I find I have both a love and hate relationship with the game. I love the writing and the art style, but the gameplay leaves a lot to be desired. To say that it’s repetitive would be an understatement, but while other games I love are repetitive in the same way (Diablo) they make up for it by having a loot system that is as addictive as it is essential. In DeathSpank I feel like I don’t really care about my equipment to the same degree, sure I need to upgrade once in a while to make sure I don’t die all the time, but I never really have to give it much thought, as everything is allays just a little bit better than the last and there is no tactics involved in choosing what armour to wear. All in all though, a decent week, looking forward to being rid of this sickness.

As I indicated last week, I got into playing H.A.W.X. I’ve finished the game now, and bottom line is: it’s ridiculous. Seriously, I can’t even begin to explain how little sense this game makes. If anything, the story just seems inappropriate for a combat flight simulator and the whole game would seem better in place in the Command & Conquer universe than the Tom Clancy universe. There are so many franchises in which a combat flight sim would have the potential to be awesome, but this isn’t one of them.

I’m moving on to Star Ocean: The Last Hope now. Last time I played that game, I stopped after 14 hours because of the cringe-worthy voice acting and stale combat. Now, I actually understand how to do blindsides and the game seems much more enjoyable overall. Even the voice acting is getting a little less on my nerves now…

Finished off that Insane Console History Video 2.0, which was extremely well received.  Playing Dragon Quest IX and Rock Band 2.  I’ll be receiving my imported copy of Sengoku Basara 3 pretty soon, so expect a video preview of that.  Otherwise, I’ve just been watching lots of Mythbusters and getting into the spirit of Shark Week on Discovery.  And the new Futurama episodes are kicking ass.

I’m on vacation in Bar Harbor, Maine. I have been playing some old school strategy games like Victoria: Revolutions and hitting up Hearts of Iron II again. I’m being more outdoorsy this week than being a geek.

This week I watched alot of Big Bang Theory, and there really isn’t much more geeky than that. Sheldon is hilarious, and it has to be the best geeky sitcom of all time. My video games continue to collect dust and Grad School Finals consume me like a Metroid slowly sucking away at my energy. I am in desperate need of a star, so I can just plow through these finals in technicolor splendor! I am really looking forward to PlayStation Move next month and greatly anticipating the Resistan……I mean ???Mystery??? Insomniac PS3 game announcement sometime this month.

My week consisted of almost entirely one thing…StarCraft II!  This game is just about everything one could have hoped for.  Even more-so when it comes to the single player part of the game.  I also just purchased Age of Empires I and II collector’s edition at a local store for only $7.99.  Crazy deal!  Definitely looking forward to hopping back into that for a bit since I’m on an RTS frenzy.

15 thoughts on “The Weeky in Geeky”