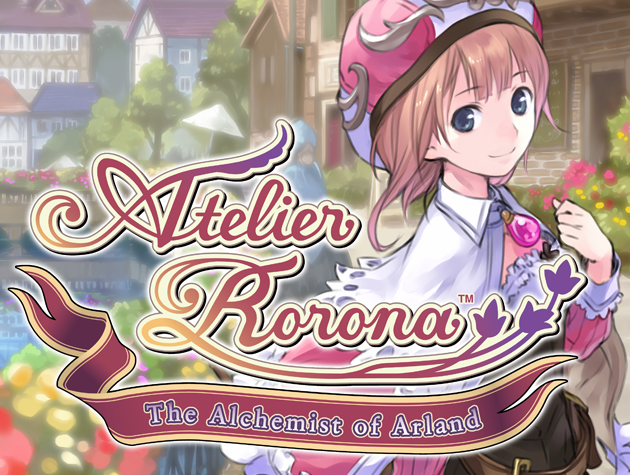 The alchemical sub-genre of RPG’s has always been a uniquely Japanese one.  While Western RPG’s like The Elder Scrolls IV: Oblivion and many others might have alchemy as an ancillary gameplay feature, many Japanese RPG’s, particularly the Atelier series, build an entire game around the mechanic.  Atelier Rorona: The Alchemists of Arland is the newest game in the franchise and the first on a next generation console, but, unfortunately, it will only appeal to a select group of gamers.

The first obstacle between the player and his enjoyment of Atelier Rorona can be found in the plot, characters, embarrassingly bad writing.  The world is overflowing with typical anime stock characters, which are appealing at times, but, in the end, leave one feeling empty.  The protagonist, a clutzy but adorable girl named Rorona, has to save her alchemy shop from closure by completing assignments for the King and performing tasks for the townsfolk.  While some might find the standard “looming apocalypse” scenario to be a bit long in the tooth, Atelier Rorona is at the other end of the spectrum, providing little motivation for completing the grindfest that is Rorona’s “adventure.” 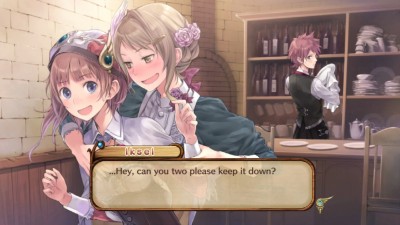 Players will find a lot of sexual innuendo in the game, and that's probably the most entertaining part.

Rorona herself receives the most screen time, and her saccharine demeanor becomes tiring after the first few cutscenes.  She encounters a cast of quirky but ultimately derivative characters, none of whom are particularly interesting.  While the overall plotline is lacking, the greatest weakness is the writing.  Whether it’s because of a poor script or just a poor translation, the end result is the same.  Characters constantly say exactly what they’re feeling, and for every line that elicits a chuckle, there are dozens more that elicit a cringe.  The story and intentions of the characters are spoon fed to the player in the worst way possible.

Gameplay wise, Atelier Rorona makes no attempt to conceal the grinding or dole it out in small portions as other RPG’s do.  Rorona’s alchemy shop is facing closure, and in order to save it, she must complete assignments for the King and run errands for the rest of the town.  The result is a gameplay experience that feels so much like work that even the most delusional anime fan will have trouble convincing himself that he’s having fun.  Rorona must venture out into the world, gather ingredients, and return to her cauldron to concoct various compounds.  Traveling the world is as simple as selecting a location on the mini-map.  However, players will soon discover that environments are little more than the same gauntlet of enemies and ingredients over and over, but with different scenery for different locations. 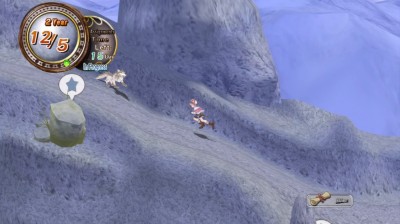 Calling the environments "bland" is an understatement. Some look downright unfinished.

Combat plays a small role in Atelier Rorona, taking a back seat to the alchemy.  Many will find this to be a good thing, seeing as the combat system is one of those that allow the player to, literally, close his eyes and just press X until the victory fanfare plays.  It’s just not fun.  True, the game is not meant to be about combat, but that’s no excuse to phone it in.  You won’t have to fight alone, though–Rorona can hire party members to help her tackle the enemies that prowl many dungeons, and this adds some variety.  But at no point will combat demand a higher level of thinking or strategy, which is very disappointing.

The alchemy system itself is robust, and those who are interested will find enjoyment in messing around with various ingredients just to see what strange concoctions you can create.  However, curiosity or the demands of a client are the only real motivation for experimentation.  In many RPG’s, alchemy supports combat, and players are encouraged to experiment because doing so might result in an advantage in battle.  But the drive to do so is far less present here because combat is such a bore.

The final, but most prevalent element of gameplay, is time.  Every assignment you take has a time limit and a deadline.  Rather than adding an element of tension, it sucks the enjoyment out of the experience and does nothing more than to hammer home the “grindy” nature of the game.  Unfortunately, there’s nothing in Atelier Rorona that makes it addictive, which is required to make a grindfest enjoyable.  The game offers few challenges and even fewer rewards. 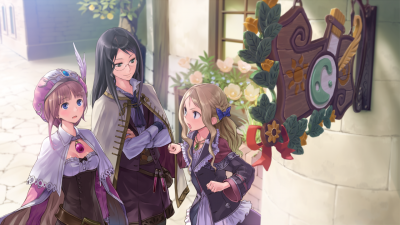 Unfortunately, the pleasing and smooth art style isn't used nearly as often as it should be.

Graphically, Atelier Rorona is an eyesore.  The game is at its best when utilizing the appealing anime art style and pastel colors, but this only happens during cutscenes.  The rest of the time, players are forced to deal with a bland and sterile game world and only somewhat redeeming character models.  Combat further suffers from repetitive camera movement and animation, and the sound design is forgettable.  Musically, the score fits but, like everything else in the game, fails to impress.  I’ve rarely been one to quibble about graphics, but this is the third NIS published PS3 exclusive that doesn’t even scratch the surface of what the console is capable of.  This would be less noticeable had Atelier Rorona used the charming 2D sprite-based graphics of its PS2 predecessors, but alas, the jump to 3D was made, and the game is worse for it.  And, of course, the English voiceover grates on the ears like nothing else, and anyone who plays the game will quickly change to the Japanese voice track.

Atelier Rorona: The Alchemists of Arland should only be approached by the target audience, though that applies to pretty much all NIS games.  Anyone else will become bored with the game in a matter of hours.  Chances are good that if you knew about Atelier Rorona (which releases on September 28th), then you might enjoy it.  If you’re slightly interested, rent the game first to see if its particular brand of grind suits your tastes.  If you’re one who owns the Atelier Iris trilogy on the PS2 and also purchased the more recent DS entry, Atelier Annie, then Atelier Rorona won’t disappoint.  But to those only looking for a solid PS3 RPG with a strong Japanese aesthetic…wait until Persona 5.