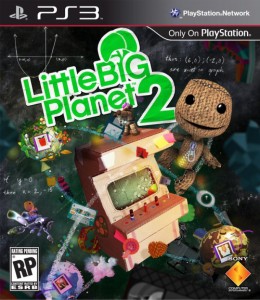 One of Sony’s biggest PS3 exclusives has been pushed back into next year. LittleBigPlanet 2 has been moved from its intended November release until January 2011. The reason cited by Media Molecule was that more polish time was needed for this “ambitious” project, calling the delay a “hard decision.”

“LittleBigPlanet 2 is a crazy dream, a dream to allow players to make whatever kind of game they want, but also to play though a great adventure of drama and excitement, power-ups, and cinematics,” said the studio via official press statement. “But like all of the most ambitious ideas, it can be a considerable challenge to turn these dreams into fun games.”

The statement concludes, “We’ve all been working like powered-up space ninjas and we’re almost there, but because we love what we’ve made, and we love our little sack-friends, and most of all we love all our fans out there, we couldn’t let you all get together until we knew we were giving you the best experience imaginable.”

One thought on “LittleBigPlanet 2 Delayed”