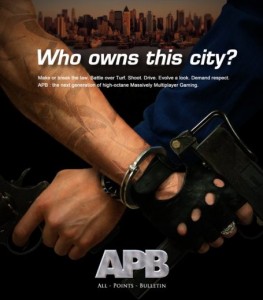 While Realtime Worlds had to shut down their action MMO All Points Bulletin after less than three months of operation, its investors is still looking to make a profit off the IP. At this point that means selling it, and many high-profile developers are in the market. One of the more likely candidates is Epic Games (Gears of War, Unreal Tournament), as BBC reports. The game does run on Epic’s Unreal Engine, and when reached for comment, representatives from the company neither confirmed nor denied any possible acquisition. No official statement has been made on the matter from either company.

“Mark [Epic Games CEO] absolutely loves APB, and everyone here loved what they saw,” said Epic spokeswoman Dana Cowley. “We’ve got our hands full of Gears of War 3, Bullet Storm and the recently announced Project Sword. If any talks like that are going on, then they would be confidential.”

One thought on “Rumor: Epic Looking to Buy APB?”