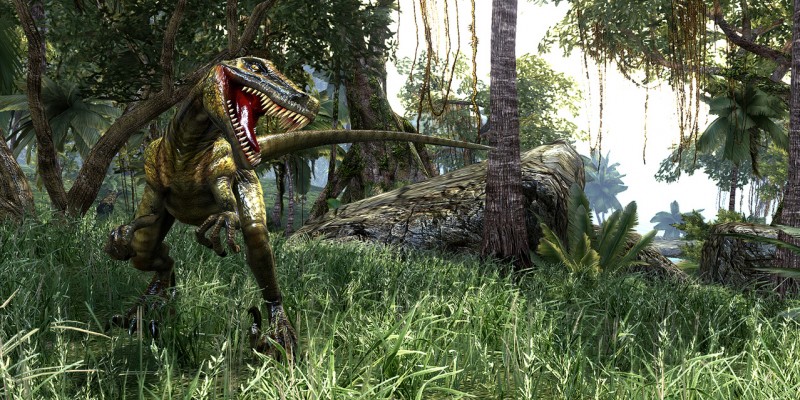 It is officially the fall season. Have you all saved up enough cash to pick up all the awesome fall games coming out? Here’s what some of our staff has been up to this week.

This week I’ve been playing tons of NHL 11. I traded in 10 for it and I’m damn glad I did. The game this time around is a ton harder than ever before. Goalies have puck magnets in their gloves. But still, I’m really really enjoying it. It’s a great game to play while I’m waiting for video to render for the site.

Recently I’ve been itching to play a good fantasy game. That being said, I’m actually pretty psyched about Two Worlds II. But that’s not hitting shelves until early next month (October 5, 2010). The concept of exploring new terrorities with sword in hand…. that sounds pretty great to me.

I’m also thinking alot about this year’s Beard-Off. It would be great if we had more entries… and possibly prizes….. hmmmmmmmmm

Freshly moved into a new, refurbished, internet-less apartment, my gaming time has been struck to the bone with a lack of connectivity. With such a blow to my hobby and a new plethora of free time since finishing college, I decided to return to my high school side job of questing and grinding. A quick surf through Questslist found a number of easy fetch missions in my area for decent enough gold. The first took me a few blocks off the beaten bike track on the side of the freeway to do battle with the half insect/half Romanian gypsies that lived under the local overpass for their Pinky Ring of Indeterminable Itchiness, but thankfully the rest after that were much more urban. Took me a while to find the Cup of Infinite Refills (turns out it was behind the third row of display HD sets at that one Best Buy), but the rest were in the first places most would look.

I shall avenge thee!

After rounding up enough gold for a ticket on the Number Nine metro, I was able to take the long journey across time and space to the town of Tech Support, about 10 miles southeast of Dubai. Along the way I solved the mystery of the Elysian Box with the help of a 13-year old boy I call my “apprentice” for no apparent reason. The hideous creatures of Tech Support had toyed with my desire to fix my laptop and recover the lost data from the hard drive (which lost its live to an insidious clocking curse), and I had long ago resolved to defend my rights as a consumer directly. Armed with only my warranty and a stubborn refusal to give up, I leaped across the cavernous language barrier and managed to insure the Mega-Dia spell on my hard drive.

Then I went out and got one of those cupcakes where they dip the frosting in chocolate.

(more staff posts on the way)

I’m really ramping things up with regards to my podcast, Radio Free Gamer.  In preparation for this week’s interview with Shariq Ansari (OCRemix’s DarkeSword).  We’re going to discuss the OCRemix Final Fantasy V Remix Project, which covers one of the least-represented entries in the Final Fantasy series.  If you have any questions you’d like to hear live on the air, hit me up on Twitter or send a voicemail to RadioFreeGamer via Skype (for free!).  As always, the show airs live on Wednesday at 7PM Eastern.  Tune in live and join the chat!  If you can’t listen live, be sure to download the podcast.

I’ve also posted two articles to the blog in the past week.  The first explores the influence of Jeremy Soule’s soundtrack to “Secret of Evermore” on Western video game music.  The second post is the introduction to “A Guide to the Video Game Music Scene.”  It covers original soundtracks and composers beginners should definitely get to know!  I’ll be adding to that shortly.  You can read all my blog posts here.  Thanks for checking out the show.

(more staff will post when they see this entry)

After finishing my master thesis last week I decided it was time to reunite myself with my 360, after having been unable to game properly for several weeks. To get myself back into the action, I dropped by my usual gamestore and picked up BioShock 2 and Tomb Raider: Underworld on the cheap (who needs to buy super-duper full priced games when Halo: Reach is around the corner, right?). Both games definitely exceeded my expectations, though I did find the “harvesting” mechanic in BioShock 2 to be of questionable value to the overall game… it’s basically just an additional 10 – 15 minute grind per Little Sister and a MASSIVE ammo sink.

Anyway, Halo: Reach is coming out tomorrow! I’m totally psyched for it (and have been trying to avoid any kind of spoiler for the past two or three weeks), but still have to prepare for my defence on Friday so I’m going to shelf it until Friday evening or Saturday afternoon. When I pre-ordered the Legendary Edition back in May, I never expected that the release of that game and my graduation would be so close together. Oh well, after a full year of waiting, I guess those 4 more days won’t hurt either 😉

Last week, like the weeks before, most of my attention went into school work. Because of that I didn’t really have any time to play any games, but at least I got one A and one B to show for it ^^. That being said, however, I did do something geeky. I helped a friend out and disassembled his laptop for him, in order to fix a short that was caused by a piece of carved metal that had made its way underneath the motherboard. But fear not, because after school today I’ll be making a stop at our local Games retailer to pick up my very own Playstation Move, complete with two wands, one navigation controller and Sports Champions. So next week I’ll have more geeky stories to tell.

(more staffs posts following? Sure… why not)

18 thoughts on “The Weeky in Geeky: Summer Is Gone”