“Oh my god, you killed Kenny!”

We all recognize this popular catch-phrase, and dozens more, from South Park.  We have only been captivated by this purposefully poorly animated show for about 15 years now, and the kids have only grown one year.  Although South Park started (and continues) as a fairly crude cartoon, it evolved into something far more elegant (even if its language didn’t).  Now the episodes cover current events, trends, fads, controversies and issues.  It may not be very accurate (Ninja Sarah Palin comes to mind), but we get a lot of laughs nonetheless.

More than most things, however, South Park has consistently paid homage to the trends of geeks.  Videogames, science fiction, and cult films have all been well documented. We have seen appearances by many gaming consoles, as well as geeky literature, video game, and movie references.  So I have compiled a list of the most geeky episodes and assembled the top-ten most awesome points of geekiness shown by South Park. Feel free to comment on any of your favorite episodes I might have missed, but keep in mind this is my definitive version.

So here we go, starting with the honorable mentions:

Season 4 – Episode 12: 4th Grade – In this episode, some local geeks are enlisted to build a time machine.  It actually works, but the kids miss the boat and only one is able to time-travel, with expectedly geeky consequences.  Also, the geeks argue about how many episodes are in the original Star Trek, a most worthy topic of discussion. 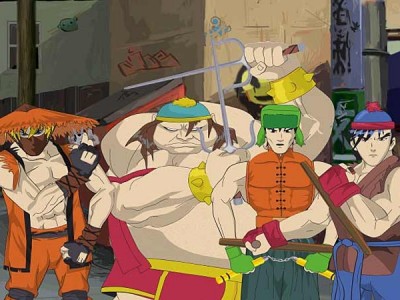 Season 8 – Episode 1:  Good Times with Weapons – After acquiring some ninja style weapons, the boys become anime-style characters and engage in fantasy combat with Butters with real, and painful, consequences. 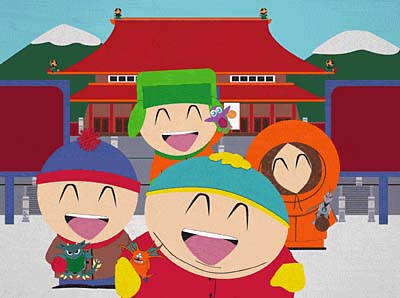 Season 3 – Episode 10: Chinpokomon – Obviously playing off the Pokemon fad during the late 90’s, South Park’s students buy Chinpokomon products and are subsequently brainwashed by the Japanese message to destroy the American government.  I myself remember a friend whose backpack had about 20 Poke-Balls attached to the back in grade school.  South Park was still cruder at this point, but a very ironic take on children’s trends and how debilitating they can be. 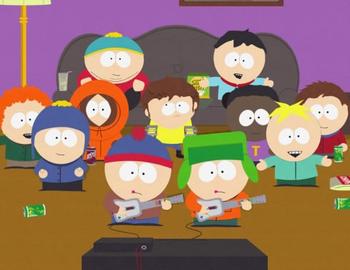 Season 11 – Episode 13: Guitar Queer-o – Playing on the Guitar Hero fad, Stan becomes amazing at the game  and goes through an archetypal rock star life cycle.  The song “Timmy and the Lords of the Underworld” from the series actually later became a playable download track…on Rockband 2. 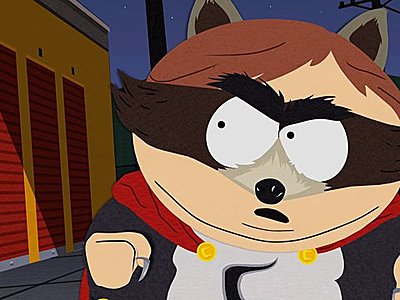 Season 13 – Episode 2:  The Coon – A tribute to “Watchmen” style vigilantism.  Cartman decides to help rid the town of crime by dressing up as a raccoon,  he becomes upset when someone else is also dressing up and doing a better job.  Since there are so many graphic novels, comic books, cartoons, and big-screen movies about masked vigilantes, it is only natural that South Park’s vigilante episode makes the list. 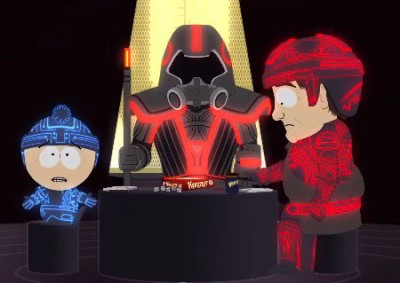 Season 14 – Episode 4: You have 0 Friends – Have you ever tried to delete a Facebook account?  It’s hard, and even if you manage it, they send you countless emails telling you that you clearly need them and should restart your account. I loved the “Tron” references too, as it exemplified the difficulty of deleting your account. 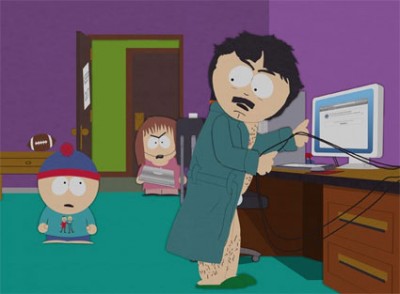 Season 12 – Episode 6: Overlogging – No more Internet? I myself lost my computer for 3 days and by the end of the first day was rocking back and forth on the couch snapping at people and getting anxious about who some actor was and what else he had been in.  It has become a huge part of our lives, so going without it is like going without cigarettes for a smoker.  Another point to note is Shelly’s hilarious relationship with her “boyfriend”. 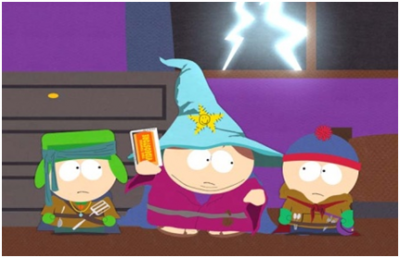 Season 6 – Episode 13: The Return of the Fellowship of the Ring to the Two Towers – My personal favorite, and not just because my grammar background makes me ecstatic to see how they managed to get all three names of the Lord of the Rings Trilogy into one title.  Stan’s dad accidentally switches the cases of the Fellowship of the Ring with a porno he rented.   Stan’s dad realizes his mistake and enlists Cartman (Gandalf), Stan (Frodo) and Kyle (Legolas, maybe) to take the movie from Butters and return it to movie store, called The Two Towers.  Meanwhile, they consult their group of elders in a large council, are pursued by a group of 9 sixth grades riding on bikes. 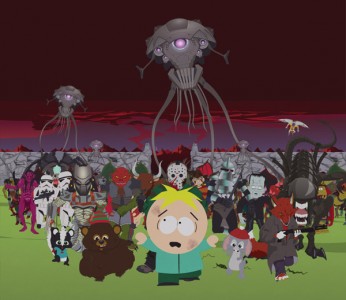 Season 11 – Episodes 10-12: Imaginationland – Countless awesome references.  The boys climb into a magical hot air balloon that transports them to Imaginationland, where all creatures and beings that were thought up by human minds live.  We have many of our childhood characters present like Sesame Street, Where the Wild Things Are, etc. as well as some characters from geeky literature and movies like Luke Skywalker, Morpheus, Gandalf, and Aslan.  When the wall keeping in the evil creatures breaks down, however, we also see characters from horror movies, like Freddy and Jason. 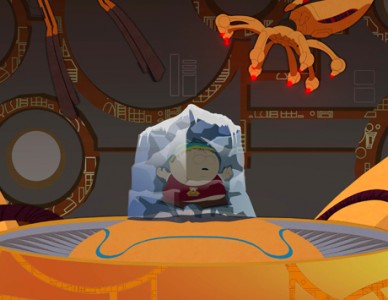 Season 10 – Episode 12: Go God Go! – Cartman freezes himself because he cannot stand waiting for the Nintendo Wii, only to end up going about 3000 years in the future.  I know we all waited in high anxiety for the Wii, but this was a bit extreme.  Did anyone consider anything extreme while waiting for a console or game to come out? 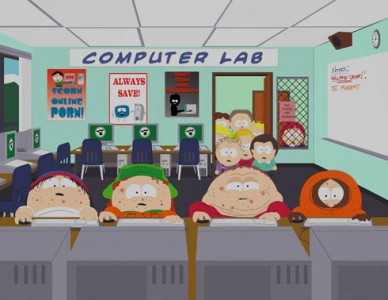 Season 10 – Episode 8: Make Love, Not Warcraft – “How do you kill that which has no life?” Turns out, with lots of free time and bengay. The boys wage war on an incredible powerful player of World of Warcraft. In my opinion, there is a difference between a passion and obsession for gaming.  This “master WOW player” guy had the obsession and it didn’t work out well because he sacrificed his life.  Social life, that is. 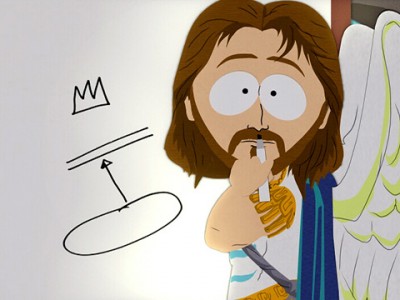 Season 9 – Episode 4:  Best Friends Forever – Kenny gets a PSP, but dies…again.  As it turns out however, the PSP was a device that God intended to use to find the right person to help strategize a defeat of Satan’s armies is straight out of “The Last Starfighter” and awesome because of it.  Now we can all pull out our PSP’s and start playing strategy games with a purpose.  God may pick us to be his chosen army strategist.