As I watched my friend fiddle with the tiny Yoda costume she was placing carefully on her two year old one Halloween, an astonishing thought occurred to me.  This child may grow up never even knowing who Yoda is.  The thought made me sad for a moment and then I remembered that her parents are time honored geeks and would likely force her to watch Episodes IV, V and VI at some point in her childhood as some form of rite of passage.  I was comforted by this thought, but then I got to thinking, what if this little girl simply has no interest in all things Star Wars?  Or worse, what if she finds episodes I, II and III to be way cooler?  It got me thinking about parenting as a nerdy couple.  My husband and I don’t have children yet, but our friends do and many times our conversations have turned to the degree of geekdom we will be forcing onto our children when the time is right.

The name of this site is Elder-Geek.  That doesn’t necessarily mean we’re all a bunch of decrepit assholes around here, but it does mean that we hail from an age where 8 bit was king and some of us have gotten married, gotten “real jobs” where we can’t wear geeky t-shirts, and a few of us are even spawning.

Most of us grew up on the introverted side of things.  While other normal well adjusted children were playing outside doing sport type things, running, being athletic and generally having any kind of hand eye coordination, we were shut up inside playing, playing Super Mario Brothers or A Boy and His Blob (don’t you judge me!) or reading comic books.  The only exercise we got involved our fingers and thumbs. 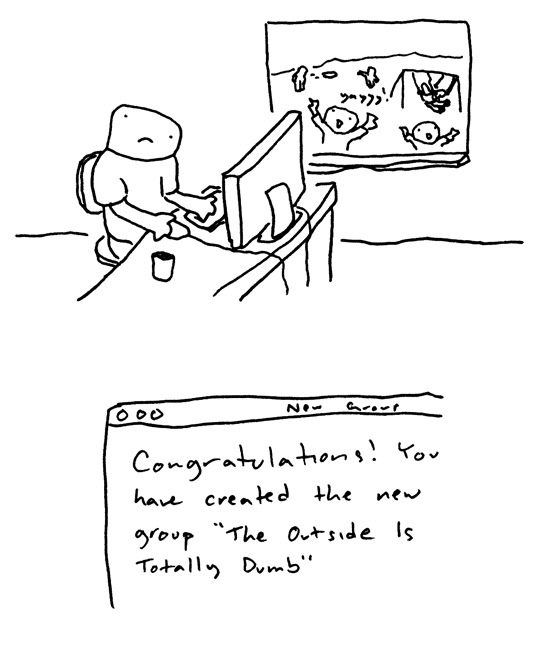 We love Toothpaste For Dinner and you should too.

We were not the popular children.  There were those children who never had an awkward phase, adorable 5th graders hand crafted by the gods themselves to be aesthetically all-American, pleasing to the eye with bright smiles, good hair and lots of those little generic valentines in their box on Valentines Day at school.  Yeah you know the kids I’m talking about: the kids that weren’t you or me.  Personally I’m wondering when this awkward phase ends.

What about our children?  Aside from the normal trials they will need to endure, they will not have parents that were socially accepted, athletic or even necessarily attractive.  Some of us never had dates, didn’t know what it was like to be on the homecoming court, never went to…what were those things called? “Pep rallies”?  We have no way of relating to our children should they decide to be the complete opposite of what we were.

My friends often speak of raising proud geeks (an oxymoron in the 6th grade), forcing them to stay inside and play video games while other children take up little league and other forms of “social” activities.  I have found myself agreeing that any future children I might have should come in the form of a mini-me.  The problem with this of course is that I was fucking miserable.  And forcing my child to go through something like that by making him or her be in the band, play video games, enjoy joking about how “stupid Data from Star Trek cannot use contractions” just seems cruel.

And then I think, what if my child is…popular?  Egads! What a horrible thought!  What if my non-existent daughter wants to join the cheerleading squad and go to football games and be on the Prom Committee?  What if my son turns into the jock, the jerky guy that gives swirlies to the kids that are just like his parents used to be?  I can never relate.  I can never understand.  And I can never forgive them. 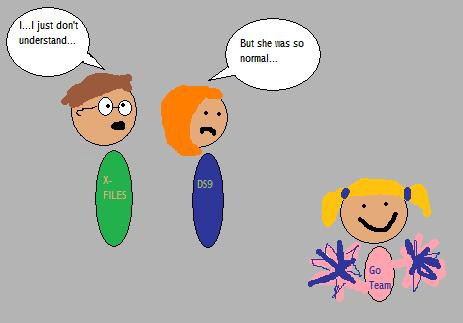 My friends have a four year old daughter.  They introduced her to simple video games at a young age and as a result she can spend an hour playing Sealife Safari and be totally fine.  She also, unfortunately, likes to spend time outside…in nature, which makes it difficult for her parents to enjoy the things they once did.  My friend has yet to finish the first Mass Effect game because, well…she had babies.

But I digress. I would be interested to hear from all you gaming parents on what sort of philosophy you take to “geeking” your children.  Because I’m stumped as to the proper course of parenting.  Will they rebel against ten hours of forced Babylon 5 watching in the same way they would rebel against a parent intent on making them play soccer?  I’ve got it.  The rest of you have kids, raise them and then let me know.

15 thoughts on “Geek Parents: How Much Social Awkwardness Will You Force on Your Child?”