After chasing the princess through what seems like hundreds of castles you finally find her and as the hulking turtle monstrosity tumbles into the inferno you take her into your 8-bit arms and embrace her. Such are the great moments where we realize that yes, we just did it. For this GTKYG we asked our esteemed writers what was a moment where they flung their arms into the air like Hiro Nakamura and wailed like Chun-Li: YATTA!

Jesse Baguchinsky Staff Writer
When I think of my greatest achievement in gaming I think back to my sophomore year of college when fellow Elder-Geek staff writer Trevor bought Phantasy Star Online for the Gamecube so we could play co-op. When we started we realized it was a grind-fest, so we kept replaying the first stage to level our guys up. After a while we became bored and decided to play the second stage just for fun, even though we were still grossly under leveled.

As we made our way through the stage we realized it was considerably harder than level one, but eventually we made our way to the teleporter that brings you to the boss room. We go through it and find ourselves floating down a river on a raft being followed by a giant snake dragon of sorts. Since neither of us had very good long range weapons, we had to whittle down its health with our pistols. The fight dragged on for around 45 minutes and we began to wonder if we were even doing damage to it. Finally, after quite a few close calls, we killed the monster, put down our controllers and breathed a sigh of relief. Needless to say we didn’t go right into stage three after that. 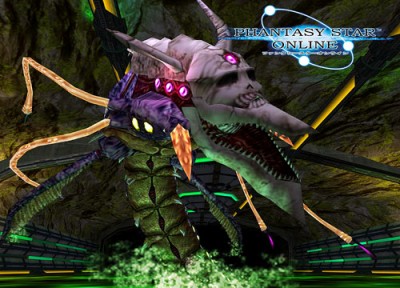 Over an hour and a ton of mono, di and trimates later, Trevor and Jesse fell De Rol Le, the sewer beast most epic. Don't flush your pets kids.

Kristie Barber Staff Writer
My greatest achievement as a geek was when I played the ENTIRE Legend of Zelda series in preparation for the release of Twilight Princess. I had never played any of them and my now fiance told me I HAD to. So starting in the summer months, I played through every game back-to-back. Then we did a straight run through of Twilight Princess. It. Was. AWESOME! And that was my birth as a hands down, full blooded, dedicated geek. 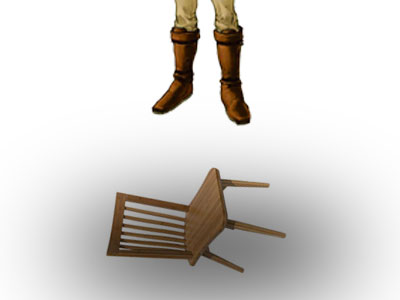 Props to Kristie. This is the fate of most people who try the "Zelda Challenge."

Oliver Surpless Staff Writer
Getting All Rainbow V’s on Viewtiful Joe on PS2 with Dante. This challenge involves a mastery of the game, requiring speed, perfect reflexes if you get hit, and knowing just how to defeat enemies in order to score the most points. All of these areas are necessary to get V’s (perfect) in each section of the game. Now just do for the entire game and you’ve beaten the challenge.

It was in this that I first learnt the value of video walkthroughs. For part of the challenge, I just read FAQ’s (wasted a lot of paper as well!) and it was tough to duplicate. Watching a run through, it was made much clearer on just what the character has to do to achieve the score. 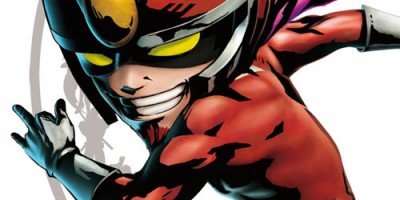 So much fun and yet we'll never see him again...please see above picture for emotional reference.

Trevor Faulkner Staff Writer
Finger sweating, stylus breaking under the force of a thousand musical notes pulsing through my fingertips. Am I ready? 3-2-1-GO! Such was the constant assault attacking my DS for days on end from the rhythm game Elite Beat Agents. For over six months I pushed myself to the limit in a vigorous tap-happy extravaganza. Bowie, Jamiroquai and the Villiage People-I scoffed at your petty attempts to thwarts my agents selfless acts of choreographed heroism.

It wasn’t until I reached the final difficulty and took in the Elite Beat Divas that things got messy. Weeks of  frantic screen tapping ensued and I swear sometimes I still hear Jumpin’ Jack Flash in my head when I close my eyes. But I did it, I beat every single song on every single difficulty and the Chief gave me the biggest thumbs up I’ve ever seen. Agents are go, Chief…agents are go.

And there you have it Geeks, just a few of the crowning moments for us here at the E-G. So how ’bout you let us know what gaming moments made you shout victory toward the gates of Valhalla?

13 thoughts on “Getting to Know Your Geek: Yatta!”