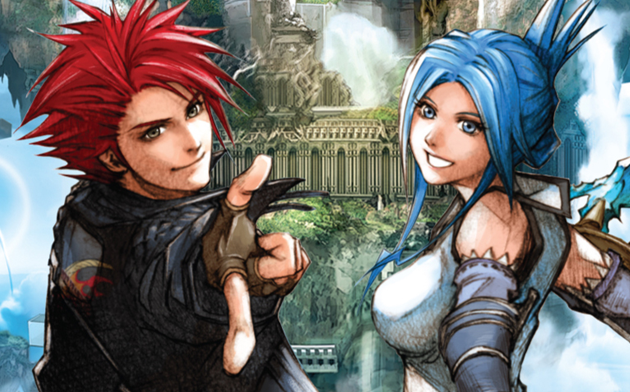 Oh how the mighty have fallen.  Lufia: Curse of the Sinistrals is a re-imagining of one of the finest JRPG’s to ever grace the Super Nintendo.  The original title, Lufia II: Rise of the Sinistrals, was released in August of 1996, just as the SNES was taking its final bow.  As a result, very few played it.  In fact, the Lufia series has always been in the shadow of more popular franchises like Final Fantasy, Dragon Quest, and the Mana series.  True, the games lacked the polish of many of their contemporaries, and weren’t as technologically impressive, but they received a well deserved cult following.

Originally intended to continue on the PlayStation, Lufia eventually settled on handheld platforms, with Lufia: The Legend Returns (2001) on the Game Boy Color and Lufia: The Ruins of Lore (2003) on the Game Boy Advance.  After a Japan only mobile entry in the series, it has returned to the spotlight on the Nintendo DS.  Fans of the original series will be severely disappointed, but newcomers will enjoy a solid action RPG with a hint of nostalgia. 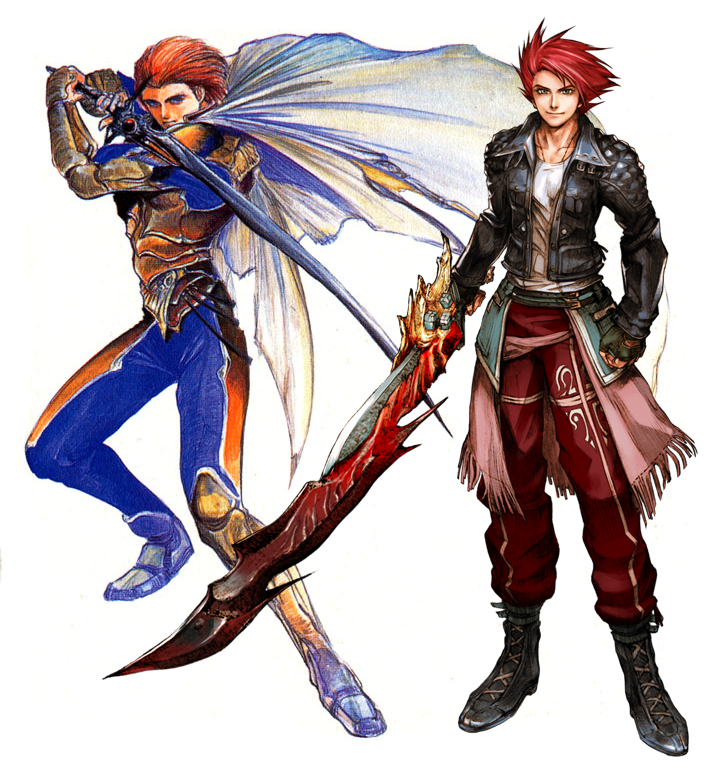 The characters have also been updated for the 21st century. Behold Maxim, as he was in 1994 and now.

Those expecting Lufia II: Rise of the Sinistrals remade in 3D graphics with an improved script will be surprised.  Curse of the Sinistrals bears only a slight resemblance to its 16-bit predecessor, and it’s clear that the SNES title served only as a jumping off point for a radical reinvention of the series.  That’s not to say the storyline is lacking or the dialogue is weak; quite the contrary; both reek of the corny plots of yore, but things have been spruced up and given a more lighthearted spin for this generation.

The protagonists from the original; Maxim, Selan, Guy, Tia, and Artea, are all here, but unrecognizable to those who played them in their prime.  Joining them are a host of new characters that have been organically inserted into the proceedings to a point that you might question your memory of the original.  It’s a simple story about an evil force, this time a Sinistral (evil superbeing) named Gades, and a rag-tag band of adventurers who have been chosen to save the world.  It’s a tale as old as the medium itself, and it’s suitably implemented.

The Lufia series is unique in that all four titles so far take place in the same universe and bear ties to each other.  In the overall timeline, Lufia II is the first, followed by The Ruins of Lore, then the original Lufia & the Fortress of Doom (1993), and, finally, The Legend Returns.  Being a remake, and taking into consideration the many changes to the plot, it’s fairly obvious that Curse of the Sinistrals is more of a new beginning for the series rather than a continuation.  If this game sells enough, I wouldn’t be surprised if a DS or 3DS version of The Ruins of Lore receives a makeover in the near future. 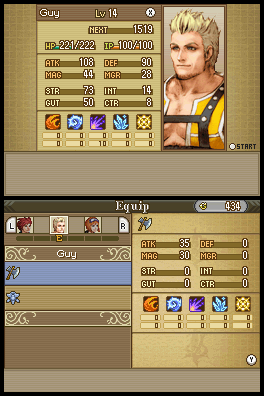 The game is built on solid RPG mechanics, but the gameplay leaves much to be desired.

While the overhaul of the storyline is noticeable, the most shocking change is found in the gameplay.  Departing from turn-based combat, Curse of the Sinistrals takes the ‘action RPG’ route, much to its detriment.  Gone is the strategy that comes with a turn-based system, and, in its place, you have weak hack & slash gameplay.  Battles are nothing more than frantic button mashing, interrupted by the occasional use of a potion or other item.  Naturally, being real-time, you can only control one character at a time.  The game allows you to switch between your six party members, but the element of support between the party is no longer there.  There is some variety in combat thanks to special moves and modifiers, but it doesn’t go far in redeeming the system.

Character progression, on the other hand, is more robust now than it was in 1996.  A grid of stat modifiers can be activated using crystals that one finds in the many dungeons, and since nothing is ever permanent, players can develop characters as they see fit.  Also bolstering attributes is a simple weapon & armor equipment system.  Should that not prove to be enough and you end up facing a particularly difficult boss, have no fear.  If you die in battle, you’re given the option to retry with a 5 level boost for all of your characters, a feature that can be exploited and erases all of the challenge.

Accompanying combat are the many fiendish puzzle segments, which make up a large portion of the game.  They range from simple to impossibly cryptic, but each one can be solved if you spend enough time.  They serve their purpose in breaking up gauntlets of enemies, but they eventually become tiring and just as repetitive as the combat.  Many require players to rely on clumsy platforming, and the fixed camera can occasionally obscure what needs to be done.

Graphically, the game uses 3D models for both the characters and environments in lieu of a sprite-based approach.  However, there’s no real reason for the change other than the assumption that a 2D game wouldn’t be as well received.  Cutscenes are handled with drawn character portraits that exude a lot of emotion, but you’ll spend most of your time staring at bland 3D graphics that fall short even of the SNES original.  The voice acting isn’t quite as cringe worthy as some other JRPG’s, but should you find it distasteful, you’ll be thankful that it’s used sparingly.  The music, a combination of remixes and new compositions by the SNES composer Yasunori Shiono, stands as one of the strongest aspects of the game.  It’s certainly what fans of the original will enjoy the most.

If you played the original game, you'll remember this tune.

Despite being handled by the original development team at Neverland, Lufia: Curse of the Sinistrals will not satisfy long standing fans.  Add some poor design choices, and what you have is passable, but ultimately disappointing RPG on a platform that has many stronger offerings.  That being said, younger gamers who have never heard of Lufia might just find enjoyment in the plot and characters of this reboot.  The lack of depth in combat will turn off more experienced gamers, but it’s functional.  Those looking for a triumphant revival of the classic franchise need not apply.  Sometimes…dead is better.  Track down the original cartridges if you must scratch that Lufia itch, but if you want to keep that warm feeling of love for the series, steer clear.

One thought on “Lufia: Curse of the Sinistrals Review”