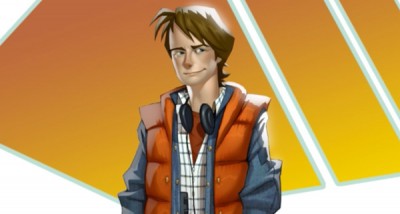 One of the more distinct voices in one of the most recognizable film trilogies of all time, Michael J. Fox’s Marty McFly has a special quality that not many can imitate. That’s why all eyes are now focused on AJ Locascio, the relative newcomer to the professional field who has been tasked with recreating that same iconic voice for TellTale’s episodic Back to the Future seasons of games. We recently sat down with AJ to ask him how it feels to be stepping into such big self-lacing Nikes, and what it was like becoming part of such a major industry undertaking.

Elder-Geek (E-G): Are you a gamer by hobby? How does that affect your work or your expectations of projects you are a part of?

AJ Locascio (AL): I typically play the games my little brother forces me to – so I guess that makes me a gamer by force. I wouldn’t say I’m a gamer, but I certainly play my share.

Super Mario World (which I can beat in roughly an hour by now) being probably my most played game,  I’m also rather obsessed with American McGee’s Alice, Resident Evil 4 and of course – Uncharted (I’d wear as much spandex and ping pong balls as a human could endure, to be in one of those!)

Now as far as how it affects my work – I just can’t wait to play the game. And as far as expectation – I just hope it’s entertaining for me. That’s what every gamer expects – to be entertained, and I think Telltale certainly has that covered. 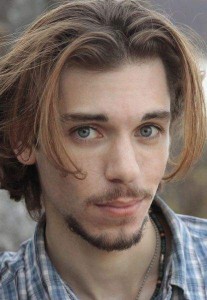 E-G: How did you get into voice acting, in particular for video games?

AL: You’re watching it happen. I literally called up Telltale when I heard the game was announced (sounding as Marty-like as possible) and left a message for the president of the company. I did a couple mp3 auditions, moved out to L.A. in the middle of the process – and after many sleepless nights – got the role. That’s honestly it – nothing fancy or terribly clever.

E-G: How is voice acting for a game different than that of a film or another type of performance?

AL: Well Voice acting for a game is the same as every other kind of voice acting. The only real difference being that, in a game like this, I speak to the player a lot while solving puzzles, so that can be a bit odd. And for V.O. vs any other kind of acting – I tend to make a lot more stupid faces while recording.

E-G: You have said previously that you were known as having this amazing Marty McFly impression from an early age. At what point did you discover such a talent?

E-G: What was the pressure like, being cast as such an iconic character? How has the fan community responded to released audio of your performances so far?

AL: The pressure is tremendous. When I first got cast the reality of what I was taking on made me slightly ill. I was excited, but terrified that I would disappoint the fans. If the game didn’t have Michael J. Fox and Marty didn’t sound like Marty I would be the first one leading the Lynch mod.

But luckily the fan reaction has been incredible. As my brother said – he’s never seen such a one sided response from any online or fan community. Everyone has been super positive and that is a huge relief.

E-G: You mentioned in another context that you were a big fan of the original “Back to the Future” film trilogy. How did that fandom affect your performance or your relationship with TellTale games during the voice recording process? Did you get to meet any of celebrity talent involved in the films?

AJ: I came in there with certain feelings about Marty and how he acted, and lucky for me the guys at Telltale felt the same way. They are all the worlds biggest BTTF geeks – so as a fan – I’m in great hands. If it doesn’t sound like Marty – it doesn’t get put into the game.

And yes I’ve met several people from the movie – Christopher Lloyd, Bob Gale, and the guy that played Mayor Goldie Wilson (but that had nothing to do with the game).

E-G: How laborious is the recording process for the multi-tiered conversations of TellTale’s adventure games? Did the project’s episodic nature affect the process at all?

AL: It can get pretty intense – my line count is super high – about a thousand per episode. There’s a lot of things to interact with, so I have a line for all of it. And the fact that it’s episodic, simply means I get a long break between sessions.

E-G: In your experience, how close does the script for the game come to reinvigorating the style and content of the original film treatments? Does this feel like an authentic “Back to the Future” experience from your perspective?

AL: These guys are nuts when it comes to BTTF. Everything the writers do is approved by Bob Gale, so it is an official and authentic experience, and to add to that, you have a studio full of geeks scrutinizing everything – so this is the real deal.