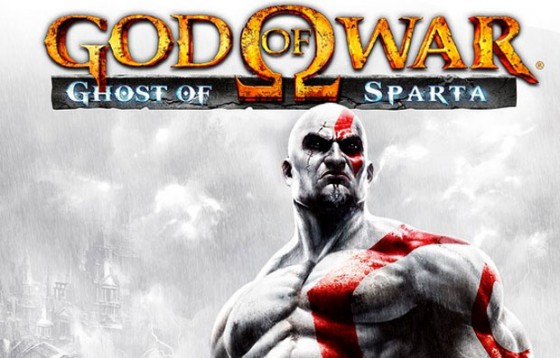 Ghost of Sparta is a new PSP entry in the God of War series. It takes place after God of War and before this second game, focusing on Kratos’ forgotten brother Deimos and the fate of Atlantis, as Poseidon cryptically mentions during his boss battle in GOW III. At an unspecified time after becoming the new God of War, Kratos finds himself haunted by visions of his mother’s suffering. Next we suddenly find ourselves on a ship at sea, in the middle of a raging storm caused by the terror known as Scylla, all too familiar to the hero Odysseus. Determined to reach the city of Atlantis and free his family from torment, Kratos sets out on another journey.

The sophomore effort by Ready at Dawn, Ghost of Sparta is quite striking when compared to its console big brothers. Much as with Chains of Olympus, this studio is quite good at pushing the PSP’s system. What results is a visual feast, full of familiar series elements; crumbling ruins, monstrous beasts, and the pasty-faced anti-hero Kratos that we all know and love. My favorite image from the game is that of a volcano erupting in the background, raining ash and fire down upon a city. As you watch the chaos unfold and the screams of the citizens, it is eerily beautiful in its presentation. I haven’t seen anything quite like it in the series before, and it will standout for quite a long time.

Encountering Scylla near the beginning brings the amazing ferocity of the monsters early on and full on vocally. More than anytime since the original game’s Hydra, I was left wondering how anyone could defeat such a monstrosity so readily. The presentation of the monsters in the series continues to be top notch, and it is the sound design that has a lot to do with that.

The voice acting is still great stuff with Terrence C. Carson returning to voice Kratos yet again, giving another standout performance. Linda Hunt is back to add the epicness back to the narration that was unfortunately mostly absent from God of War III. I tell you, she could describe a cookbook and make it sound ominous and foreboding. Also, it is actually in Sparta that you will find the highlight of the voice acting in this game, amusing as it might be: The best version in the entire series of the infamous Sex minigame. The visuals are all about what you DON’T see, but it is the women’s comments and sound effects that are sure to bring a grin to your face.

With gameplay, this adventure is classic God of War style, right down to the familiar combat and collect-a-thon of gorgon eyes, phoenix feathers, and minotaur horns needed to power up your various abilities. Some of the new tricks include the Hyperion Charge, which allows you to run towards the nearest enemy for a grab. This is designed to make the more cowardly enemies who are known to stay away a bit more manageable during the chaos of combat.

This game also introduces the ability to cloak the Blades of Athena in fire after a certain storyline event. Beyond just being useful during the game’s puzzles, this fire allows you to break through the defenses of armored foes, both new and classic ones decked out. Activated by holding down the R trigger, fire mode adds a good deal of strategy to the battles, as the fire attacks run off a meter that drains rapidly, so careful maneuvering becomes necessary while you wait for the meter to regenerate.

There are also more boss battles than in the previous PSP entry, and while they might not live up to the epic encounters in God of War III, they are a marked improvement from Chains of Olympus. A lot of these encounters are quite easy, but it is the setpieces and dramatics of the battles that make them memorable, especially the final boss and an earlier encounter with a foe related to them.

Is Ghost of Sparta fun? Very much so, but given how much this game focuses on the GOW’s storyline, it is not meant for those new to the series. Despite being on a handheld, it is very much an integral part of the storyline with several insights into the character of Kratos. As a fan, I was very interested in all of the plot developments. The gameplay is still rock solid, but for the sake of the longevity of the series, let’s have the developers add something significantly different for the next game. I’ll see you there.

3 thoughts on “God of War: Ghost of Sparta Review”