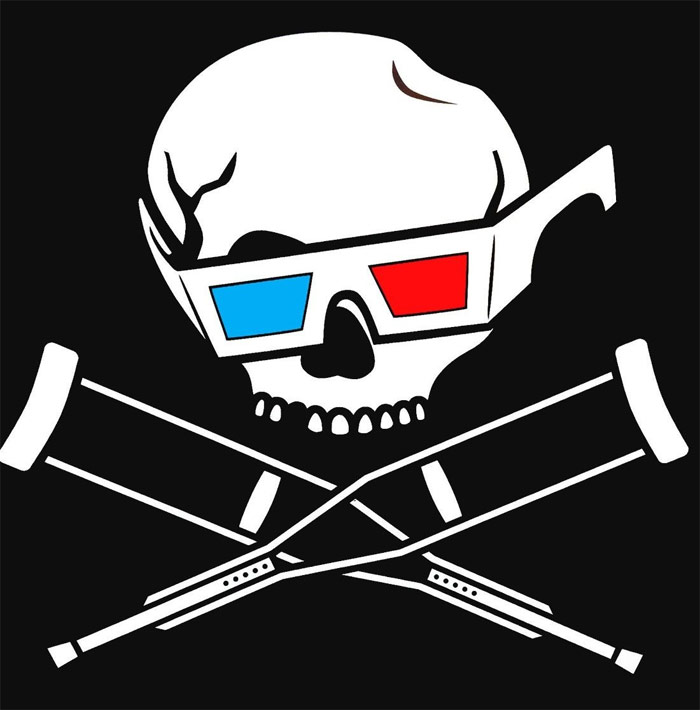 Humor comes in many forms. It can range from the family friendly type you see in shows like America’s Funniest Home Videos to the awkward, uncomfortable humor found in many Adult Swim shows. While the things people perceive as funny has evolved over the years, there is usually one constant variable in the laughter equation: people getting hurt. It is safe to say that the stars of the MTV show Jackass have definitely figured this out since they are now on their third feature film: Jackass 3D. 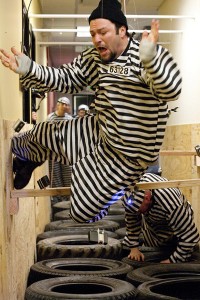 About ten years ago MTV aired a TV series revolving around people doing ridiculous stunts and getting hurt. After the success of Jackass they ended the show and made it to the big screen with Jackass the Movie. Four years later they came back with their second feature film, Jackass Number Two. This year the Jackass guys released the third movie in the series out to the public, Jackass 3D, and you will once again be laughing almost non-stop as they perform stunt after stunt.

You probably already know that there is absolutely no plot in this film. The entire thing is set up like the TV show. This means a couple stunts or pranks that take up a few minutes followed by a couple shorter ones that usually take less than a minute to pan out. This technique ends up working really well because it gives the viewers plenty to look at without boring them with sections that take too long, or overloading them with a string of really short stunts back to back.

These stunts and pranks would be nothing without the signature Jackass cast. All of the recognizable names from the show are in the movie, along with a few guest stars. You know you are in for some side-splitting laughter when the first thing you see on the big screen is the cast walking out in slow motion while Johnny Knoxville hits Wee-Man in the groin. And of course you also have Steve-O throwing up, Bam Margera pulling pranks on his parents and other members of the cast, Chris Pontius doing stunts naked, and much more. 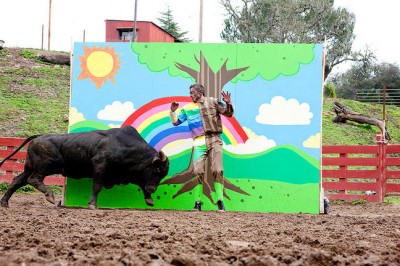 The big thing everyone is probably wondering is if the Jackass formula is getting a little old. Fortunately, Jackass 3D is still as funny as ever. Most of the stunts they perform are just as ridiculous as those from the previous movies, if not more so. The only idea I noticed that was slightly overused was the “large animal head butting someone” stunt. It was still fun to watch, but I counted at least three separate parts where that was the main focus. However, I am glad to say that this method of entertainment is still fresh and the Jackass guys take it to a completely new level.

While Jackass 3D is very funny, it is not for the faint of heart. There are plenty of things in the movie that will make you cringe and maybe even gag a little. Throughout the movie you will see all of the Jackass staples like vomit, urine, feces, hits to the groin and male nudity. Although at this point the male nudity tends to fall into the funny section rather than the cringe worthy. The point is, if you are grossed out easily, you might want to avoid this title. 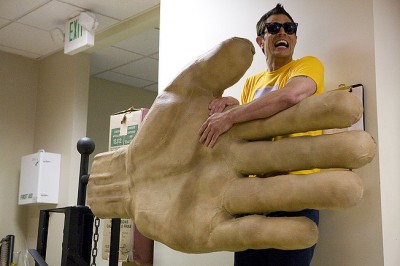 You can tell that the people behind the camera have had plenty of experience with Jackass. In addition to being part of the movie itself, they know how to shoot the scenes and get the maximum amount of payoff. Multiple times throughout the movie I saw a stunt or a prank from one angle, and when I thought it would be funny to see it from another one, the camera switches to that angle and does an instant replay. My only complaint about how the movie was shot is the very liberal, almost excessive use of high speed shots. Usually after someone gets hurt there will be a replay of them getting hurt in slow motion. Sometimes it helps the scene, but other times it is not necessary and it feels like watching one of those YouTube videos where people think it is a requirement that they use slow motion at the end.

Accompanying many of the stunts is a very entertaining soundtrack. While I would not listen to many of the songs by themselves, they add to the scenes and make them more fun to watch. There were even a few songs in the movie that I had never heard of like “You Can’t Roller Skate in a Buffalo Herd.” I’ll leave it up to you to figure out what that particular stunt entailed. 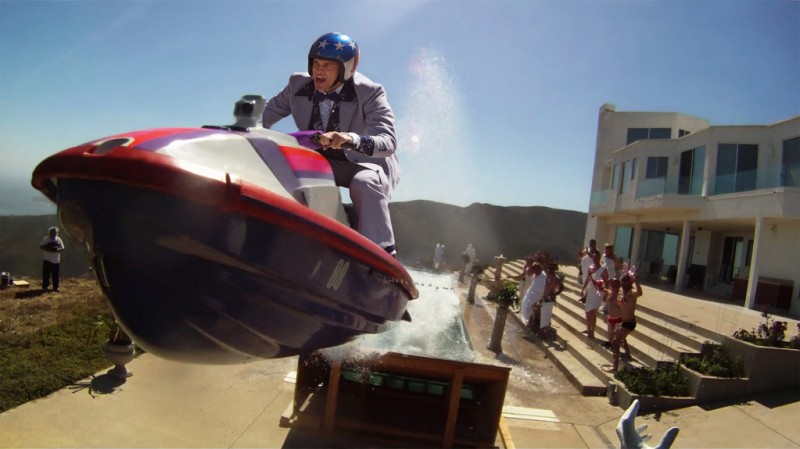 A movie like Jackass 3D obviously does not need 3D to further the experience. I think Knoxville and the rest of the cast knew that perfectly well, but did it anyway. While most of the 3D in the movie is in the form of depth illusions, the classic 3D trick of making something appear in front of the screen does pop up from time to time. Even when I had the glasses on most of the time I forgot I was watching a 3D movie, but there are a couple times where the 3D effect adds to the humor of a stunt.

While it is by no means a cinematic masterpiece, Jackass 3D will have you laughing from start to finish. Once again they went for the extreme, and once again I am left thinking “how are they going to top this one?” While this movie is not for the easily disgusted, Jackass fans as well as people who have never seen the show should catch this one in theaters. It is one of those movies you can watch multiple times and still find it absolutely hilarious.