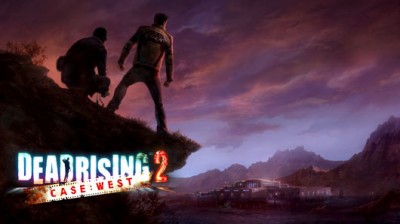 Set immediately following the main ending of Dead Rising 2, Chuck Greene is being pursued by the recently zombified Tyrone King. Suddenly an elevator swings open and the zombie receives a bat upside the head from a familiar face. Seems Frank West has just arrived in Fortune City to look for Chuck Greene. At first, he acts like he looking to collect the bounty on Chuck for causing the Fortune outbreak. After learning the truth about Phenotrans and Zombrex, Frank decides to help Chuck clear his name. Hearing of his lead Rebecca Chang’s fate, Frank and Chuck solemnly set out for a distant facility via helicopter. A telling moment in the intro shows Frank injecting Zombrex into his neck.

Graphics will be familiar to any fan of Dead Rising 2 and continue to hold up. Highlights include some new weapons like the bone saw, defibrillator, and electric prod. There are many new outfits for Chuck to wear; favorites include a West look alike journalist outfit, a HAZMAT suit, and a lab technician outfit.

Most of the enemies consist of the familiar zombies, but there are also security guards and zombie handlers to break up the action of constantly with dealing with zombies. The new facility location is naturally not as diverse as a casino or shopping mall, but serves its purpose with a rather spartan design. Everything is easy to find and easy to navigate, be it the first or second floors.

While there aren’t any new kinds of creatures, there are some inventive new ways to kill them. The impact hammer is a powerful new weapon found midway through the game that can send zombies flying with burst heads. The bone saw is my favorite weapon in Case West due to its unique kill. With it, Chuck will proceed to eviscerate a zombie, sawing them multiple ways until their torso is cut in half. It’s a great little visual display and the splatter of blood is very cool. Do this while wearing a lab technician coat and you’ll feel like a surgeon. Kind of.

When it comes to music, there isn’t really any in the game, with most of the music being background ambience, as in the previous games. The one psycho battle at the end of the game has an interesting rock/rap song with Middle Eastern overtones, but it was forgettable. Sound effects are present to pick up the slack, with all manner of sickening crunches and smashes when you take zombies apart. It’s really the best part of the game whether you use weapons or just the character’s many melee moves.

The voice acting is very good, with the camaraderie between Frank and Chuck serving as the highlight of the game. You can also expect references to Star Wars and Frank’s war coverage. It’s great stuff! There are times in cutscenes when they truly seem like a natural pair, simultaneously annoying each yet depending on each other to survive. I hope Case West is just the start of their adventures.

Fanservice is present when Chuck uses melee moves to kill zombies, with Frank having lots to say for each occasion. Highlights include: “What crap movie did you see that in?” or “Did you learn that from me?” These bits are not only amusing, but also fit Frank’s character to a tee.

Case West continues the combo system introduced in Dead Rising 2, while adding the photography system from the original game. You still kill tons of zombies, rescue survivors (who you thankfully don’t have to escort anywhere) and solve cases, all working toward solving the mysteries of the facility. There really aren’t any major changes in this bonus quest, but were fans of DR really expecting any?

Unfortunately, you don’t get to choose which character you play in single player, with Chuck Greene the default. The only way to play Frank West is to join an online co-op game. Given that this is an Xbox 360 exclusive, this limitation comes off as a shoddy way to force Live Gold subscriptions on people. Come on, Blue Castle, why no local multiplayer? 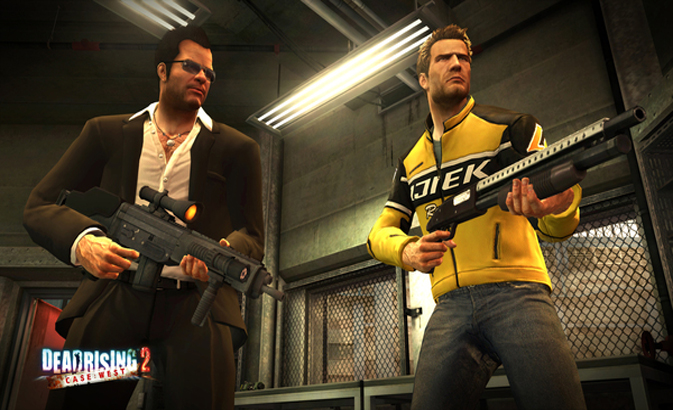 Overall, Case West was an instant purchase for me. Any fan of Dead Rising is sure to enjoy it a lot, despite its 2-hour length. The $10 price tag is fair for what you get, and there is always the ability to replay the quest with your levels intact. Not being able to play as Frank West annoyed me (even an unlockable reward would’ve worked!) but not enough to tell people to avoid the game. While not as inspired as the prequel Case Zero, this game serves as a great reintroduction to Frank West and a fine epilogue to Dead Rising 2, as well as a possibilities for a Dead Rising 3. Make it happen, Capcom!