Every so often, we come across a development studio that is working on a title that may very well revolutionize a genre that has been stagnant or disregarded for years. Promising to introduce us to an entirely unique gaming experience, or just looking to revolutionize a single aspect within an already well-defined genre, these developers often manage to quickly attract a lot of attention from both the press and regular gamers. Unfortunately, these projects don’t always work out exactly the way we hoped they would, and sometimes… the eventual product turns out to be a total disaster. Read on to find five truly ambitious games that may very well be considered to be some of the greatest disappointments in recent gaming-history. 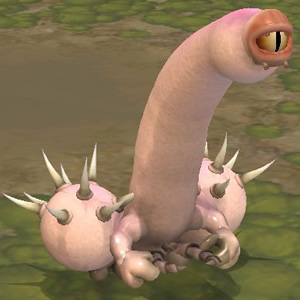 Madness? This is Spore!

During E3 2005, Will Wright revealed his upcoming god-game Spore. The game promised players as much power as they can possibly imagine, and the prospect of being able to master an entire, custom-made species as players took on the role of an illegitimate love-child between Charles Darwin and God himself resonated with millions of gamers. A hype was practically built overnight, and Spore quickly became one of the most anticipated games of the time. Spore was set to be the most unique and brilliant gaming experience that any human would be able to withstand: it would give us the power of creation, and turn our own meaningless little lives into something grander. With the number of species that could be created only limited by ones’ creativity, expectations for the game were so high, that Spore would single-handedly have been able to revitalize the 4X-genre if everything turned out right.

Unfortunately, when the game was released in September 2008, Wright and his development team at Maxis failed to deliver on a significant portion of the promises and impressions created over the previous three years. Rather than having a dynamic evolution, Spore resembled more of a set of mini-games where players were supposed to superglue body parts to one another after successfully completing each stage. And rather than being able to murder and pillage other races, wars seemed to be fought out by means of interpretive dance rather large scale inter-species bloodshed. But perhaps the biggest flaw was the species creator itself: somehow, 90% of the species created by players either resembled a Pokémon, or some form of massive, walking, reproductive organ.

Though people tend to disagree on a great number of things, some things are generally agreed upon… like the fact that Vikings are pretty damn awesome. Therefore, when Silicon Knights turned out to be working on a hack-‘n-slash title featuring Vikings from the future, everybody in the world wanted to know why such an incredible concept had never been turned into a video game before. 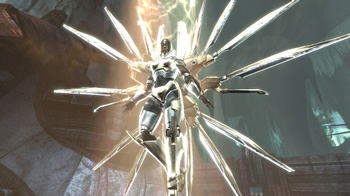 Though the game was first shown to the world at E3 1999, it would take a staggering nine more years until the game was actually released on the Xbox 360. However, despite the promise of an experience that only futuristic Vikings could deliver, the game managed to serve a collection of separate gameplay mechanics that were all incredibly broken. Players were rewarded with unique weapons after practically every skirmish, and optimizing equipment became a challenge in itself due to the sheer amount of information overflow.

Furthermore, Silicon Knights seemed to determined to reinvent the wheel to run itself over with. Rather than utilizing face-buttons to execute all sorts of light and heavy attacks, as is the standard in this genre, the developer decided that it was a good idea to let players use the right analog stick to perform all of the basic offensive moves. Not only did this make it incredibly difficult to carry out combos, it also meant that the camera would have to be fixed in place, and could not be controlled. Finally, players were effectively given immortality as Valkyries would descend from the heavens to breathe life back into the protagonist every time he would fall in battle. Frequent player deaths were unavoidable, as the AI would generally just swarm the player, and the resurrection cutscene (which could not be skipped or shortened in any shape or form) would last a good 30 seconds every time this happened. Ironically, this did manage to extend the fairly short game by at least a full hour of “play”time.

Another one of those ideas which had everybody scratching their heads and wondering why it had never been done before was found in Turning Point: Fall of Liberty. For a good few years, practically all of the first-person shooters that were released were set during World War II. At the very end of this era came Turning Point, with an intriguing twist: an alternate-reality setting in which the Germans are about to cross the Atlantic to launch an all-out attack on the American east coast.

Set in 1953, after Germany and her allies have captured the entirety of Europe, Asia, and Africa, the game starts off when German bombers assault the city of New York. Taking on the role of Dan Carson, players then played through multiple levels while they assisted the resistance forces in toppling a puppet-government and deflect a major nuclear strike on New York. That is, if they could stomach the horrendous gameplay. 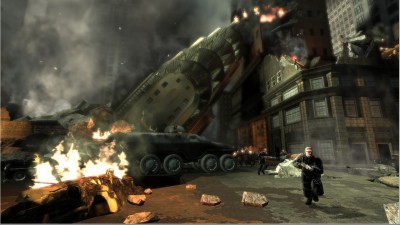 Even though it isn't set during the 1940-1945 era, Turning Point: Fall of Liberty will be remembered as one of the worst WWII shooters.

Despite an interesting premise, Turning Point: Fall of Liberty had almost no redeeming qualities. The poor AI and even poorer gameplay didn’t even manage to make the game ‘mediocre’… it just sucked outright.

Perhaps the most surprising thing about this all was that publisher Codemasters made a massive investment in the marketing of this title, even though they undoubtedly were aware of the game’s dubious quality. Promoting the game, Turning Point had already been featured in many magazines months before it was released, and ads could be found all over the country when it finally made its way onto store shelves. In many cases, the game has remained on those shelves until this very day, as the game became a critical disaster.

Even though creator David Jones did not like it when the comparison was made, many expected All Points Bulletin to be like Grand Theft Auto with added MMORPG functionality. As one of the few new contenders in the subscription-based MMO genre, APB had many features that were sure to appeal to PVP enthusiasts. Besides a vast playground in which all players were carrying out various objectives, each criminal or peacekeeper would slowly gain notoriety with the other faction, with an ever increasing bounty on their heads to match. 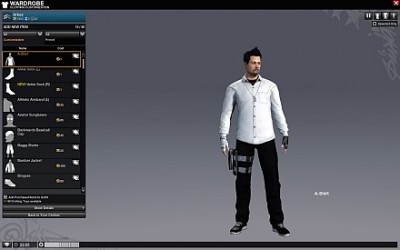 The character creator found in All Points Bulletin truly IS amazing... it is just unfortunate that practically all of the other mechanics found in the game are flawed.

Besides high-paced action, the game also featured a highly detailed character creator as well as a large number of additional customization options. Furthermore, the game would feature in-game voice chat and was supposed to allow players to play their music from their hard drives in their in-game vehicles, so that other players who owned the same song would also be able to listen to it in real-time.

Unfortunately, despite the hype and the extensive customization options that players were presented with, All Points Bulletin did not manage to make sufficient waves to prevent developer Real-time Worlds from going into administration. The large amount of bugs and awkward control-scheme were considered to be the most obvious shortcomings of the game, but players also took issue with numerous other smaller, yet flawed, design choices. A mere two months and 17 days after having launched, the game servers were shut down. Negotiations with possible buyers for the game have recently concluded, with the acquiring party GamerFirst stating it intends to re-release the game as a free-to-play title at some point next year.

During the final years of the previous decade, games that came packaged with their own, unique peripherals seemed to become more and more popular. Plastic guitars and drum kits had become standard for at least several iterations in the rhythm/music-genre, but most of these were simply standard controllers molded into the shape of make-believe instruments. 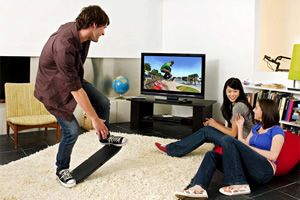 Pulling off awesome tricks in your living room? Only in the trailer... Impressing women by playing Tony Hawk Ride? Only in the promoshots...

Along came Tony Hawk, whose once-popular skateboarding franchise had been dethroned by EA’s Skate and had faded to only a shadow of its former self. Promising to return the franchise to glory, Hawk unveiled the next installment in the series: Tony Hawk: RIDE. RIDE would take on the competition by introducing a highly-advanced skateboarding peripheral featuring all sorts of technological gizmos capable of tracking your every move. Or at least, that’s what Mr. Hawk told us it would be capable of.

Despite impressive technology and a sleek design, the peripheral became a disaster. As the controller generally failed to accurately register movements, playing the game on anything but the lowest difficulty setting was considered an impossibility. Ironically, this difficulty setting also minimized the use of the board itself, as players were no longer required to actively use it navigate the maps. The eventual results? Layoffs at the developer, and a sequel utilizing the same board…

14 thoughts on “Five of the Most Disappointing “Highly Anticipated Games””