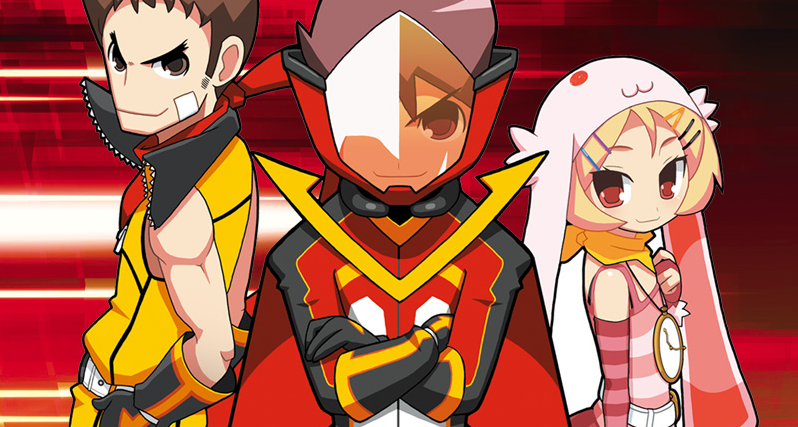 In addition to being quite the mouthful, Z.H.P. Unlosing Ranger vs Darkdeath Evilman is the title of yet another Nippon Ichi Software RPG for the PlayStation Portable. Priding itself on its unique approach to the dungeon crawler & tactical RPG genre (and, if you wanna get technical, the roguelike sub-genre) and treating everything with an appropriate level of irreverence, Z.H.P. is unlike anything out there. But then again, that’s usually how it goes with NIS titles. For better or for worse, they usually stray from the norm, and Z.H.P. is no exception.

The game presents itself in the form of a typical Saturday morning cartoon, and the script fits the same description. The story involves Darkdeath Evilman attempting to bring about the apocalypse by killing a being called the ‘Super Baby,’ an infant with strong defenses but no offensive capability. That’s where the Unlosing Ranger comes in–with powers granted by a magical utility belt, he’s the only hero currently around that is able to tackled Darkdeath Evilman. 20 minutes late to the final battle for the world, Unlosing Ranger is hit by a car and hands over his utility belt to an innocent bystander. 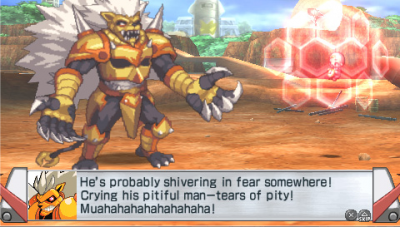 The player takes up the mantle of the Unlosing Ranger and promptly gets killed by Darkdeath Evilman. Once dead, you’re transported to the ‘Bizarro Earth,’ an alternate version of the world that’s essentially a massive network of dungeons and battlefields. It is here that you must level up enough so that you may return to Earth, defeat Darkdeath Evilman, and save the Super Baby.

By this point, you should realize that the storyline is not the reason you play Z.H.P., though it fortunately injects enough comedy to make some of many cutscenes and dialogue sequences worth watching. The opening exposition takes about an hour, followed by a multi-tiered tutorial that everyone will want to take before facing the essentially infinite number of randomly generated dungeons.

The battle system and everything else is interwoven. Presented in an isometric style similar to other tactical and strategy RPG’s, Z.H.P. functions on similar principles, but has no movement restrictions. Confrontations are entered when the character is seen by the enemy, and there is no running from them. The entire system can seem complicated at first, but the gradual introduction of new elements and the fact that the game lets you play it how you want to is a great help.

You have a health and an endurance bar, the former of which is drained in the typical manner, and the latter of which decreases slowly over time and can be replenished by food. Players can attack using weapons or throw items and even other enemies, and while movement isn’t restricted to turns, regular and special attacks are. The strategy comes from knowing when to approach and engage enemies, how to use status effects to your advantage, and how to manage the sometimes unreasonably fast degradation of weapons and armor. You can only carry as many items as your bag will hold, and the rest must be stored in town. 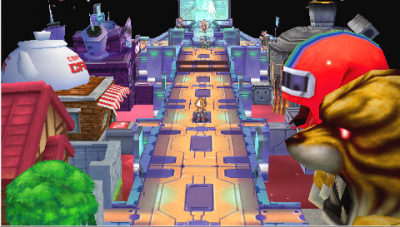 The town can be customized with numerous shops, all of which provide support to the player.

Dying in Z.H.P. is a frequent occurrence, and as such, it’s treated differently. Upon kicking it, you lose all of your items and gold, and your level resets to 1. However, and this is a very big, your stats remain the same. That means that whenever you die, you revive as a stronger character. As a result, everything in the game has an ethereal nature to it. You’ll usually end up equipping weapons you find in dungeons and throwing them when they break just because there’s bound to be more lying around later on. In fact, the typical ‘hoarding’ mentality of RPG gamers will serve no purpose here, and it relieves a bit of stress to know that you can use whatever items you have for the conflict at hand and not fear some larger battle in the future.

Cutscenes and character portraits are all handled using crisp anime style drawings, and the game world is rendered in full 3D. Unfortunately, the character, enemy, and item sprites themselves are blurry and of a lower resolution than the world around them. Considering the quality of everything else, this is very disappointing. Music is what you would expect. Nothing stands out as being phenomenal when compared to some of the greater video game compositions, but it’s the kind of music that can be listened to for the hours upon hours many players will spend with the title.  The soundtrack has an appropriate mixture of full orchestral themes and more ‘poppy’ tunes.

In the end, your enjoyment of Z.H.P. is based solely on how you take to the battle system. It’s more accessible than the typical tactical RPG battle system, but it doesn’t sacrifice much strategy for playability. The storyline and characters will amuse some and annoy others, and the presentation is the only thing that is even remotely lacking. If you’re hankering for a good tactical RPG, then Z.H.P. should tide you over until the release of Tactics Ogre.