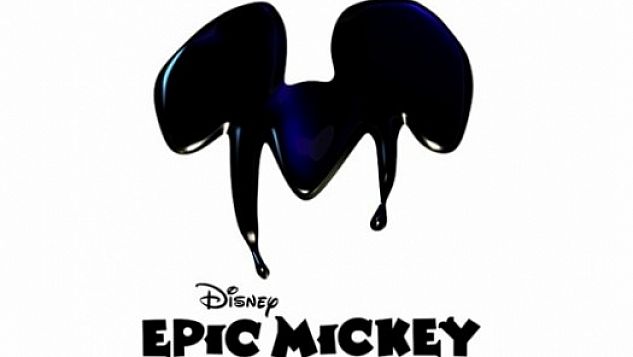 Epic Mickey is a 3D platformer developed by Warren Specter for the Nintendo Wii. Taking place in the town of Wasteland, Mickey makes use of a magic paintbrush invented by Yen Sid to solve puzzles, defeat enemies and traverse the world. After curiosity compels Mickey to disrupt the Master’s experiments (once again) he accidentally creates a being of darkness that jumps into the world. Mickey rushes back to his own world but is soon dragged back by the mysterious being of darkness. Luckily for our intrepid mouse hero, he grabs the magic brush to start setting things right.

Mickey finds himself being tortured by a maniacal doctor until he is rescued by Oswald the Lucky Rabbit, said to be the master of this world known as Wasteland. Mickey must now undo his mistakes using the power of the brush and its ability to alter the many landscapes and vistas of Wasteland. Along the way, you’ll meet with the forgotten residents of Wasteland and earn their trust by way of fetch quests and item trading.

The visuals in Epic Mickey create a unique world with distinct characters, but a lot of the areas look alike. Primarily because this is a platformer-type of game, the obstacles are often the same, consisting of pits to fall in and rivers with whirlpools to suck you in. You can only see this repeated so many times before the environments start to feel repetitive. You’ll be glad the 2D sections fare better, as they are expressly designed to recall the look of classic Disney cartoons, and they do this well. From Steamboat Willy to Oh, What a Knight, these sections are lots of fun to look at with all sorts of action going on in both the background and foreground. From a steam shovel going through buildings to vultures as gracious stepping stools, you’ll come to wish the gameplay was equally well thought out.

Mickey is well designed and familiar looking as always. I like the extra spring in his step when jumping and his somewhat elastic like nature shown when falling from a great height. Given that the Mouse’s appearance was the most important thing to get right in this game, they did it well.

While most of the non-player-characters are also expertly designed, your interaction with them is anything but, making them rather dull. The enemies known as Blots fare better, but don’t have enough variety. From the thinner-throwing-mop-thing to the eyeball on legs, they all mostly just walk around before charging Mickey. All of them are easily dispatched and not much fun visually. It can be kind of fun to watch them dissolve when hit repeatedly with thinner though; reminds me of the end of Who Framed Roger Rabbit? Good times.

Music has that Danny Elfman-Tim Burton type of presence, with an ominous tune for every hub world. I could recommend it if it didn’t seem to be used for far too many sections of the game. It doesn’t matter if the music is great, its effectiveness will lessen if it is overused. And Epic Mickey does just that.

There is no voice acting during the well-animated cutscenes, perhaps a necessary sacrifice for the Wii. Most of the dialogue is well written and clever, so I would have appreciated even minimal voice acting. What we get instead is grunts and similar tones to express each situation, much like in Henry Hatsworth and the Puzzling Adventure in 2009. When things like this occur, we only have to think of Conker’s Bad Fur Day. For the developers to fit that much voice acting on a cartridge while this game can’t do similar on a much larger DVD leaves me to wonder if they simply cut corners.

Epic Mickey plays similar to other 3D platformers, with the player leaping from various areas to make their way toward a specific goal, usually somewhere off in the distance. There are both 3D and 2D sections, with the former making up the bulk of the game. In addition to making your way across a variety of paths and obstacles, Mickey’s magic paintbrush also figures into combat and puzzles with two different types of techniques available for use. Paint can be used to cover holes and fill in missing scenery. While thinner does the opposite; removing doors or making holes in the ground. This can be useful for removing rocks from your path or dealing with enemies.

Speaking of combat, painting enemies entirely bluish will turn them to your side. You’ll know you’ve done it right when you see little Mickey-hearts coming from the enemies. These foes will now attack other enemies and generally aid Mickey in his quest. Thinner will kill enemies outright, causing them to dissolve into a mass of goo. Thinning enemies is often the quickest way to deal with groups of enemies at a time, but diligent players will want to experiment with both methods because of the morality system.

Mickey can be good or evil in this game, mostly through actions that are defined as such. Acting one way or the other opens up new missions while closing off others, giving players a potentially unique experience each time they play through the game. If the gameplay had been better however, I might have been interested. Extending a dull experience isn’t fun to me, it’s just tedious.

Epic Mickey is a game that relies on its settings and unique premise a little too much. Underneath its clever story, the gameplay is merely average, compounded by the fact that you’ll be doing the same things over and over again. The sidescroller platforming levels were a neat homage at first, but you’ll grow tired of them by the 7th time you have to run and jump through each one. Add in the fact that you have to repeat them whenever you backtrack in the game, and you have a recipe for repetition. This game is ultimately only for the biggest Disney fans who don’t mind unimaginative games. I’m a Disney fan, but I was left wanting more.