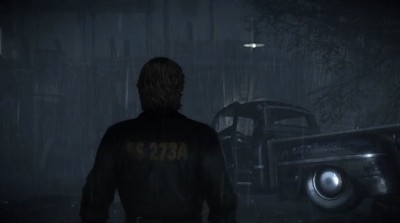 After having announced an eighth installment in the Silent Hill franchise at E3 2010, Konami has finally revealed new details regarding the game via February’s issue of Game Informer. The game has been confirmed to be titled Silent Hill: Downpour, under development at Czech studio Vatra Games. Konami stated that it will revert some of the changes that were introduced in the most recent installment, Silent Hill: Shattered Memories, back to the way they were earlier in the franchise. The player-controlled camera will be replaced with a fixed-position camera, but in certain situations, the perspective will change to an over-the-shoulder camera as found in Silent Hill: Homecoming.

Furthermore, Brian Gomez, the design director at developer Vatra Games, has stated that the game will feature side-quests, with the way players handle these optional missions supposedly also affecting the story at later points in the game. The element of water, featured prominently by means of the eponymous and ever-present rain in the town of Silent Hill, will apparently form a major plot device within the game.

According to Gomez, the game will feature Murphy Pendleton, an escaped prisoner, as the main character, with the events taking place in the southern part of Silent Hill. The game will not feature classic locations such as a hospital or a school, and the story will have no connection to previous installment in the series. Other details have been confirmed from Game Informer scans, including; Akira Yamaoka will not return as a sound designer, the ability to knock objects over to impede enemy progress returns as combat is more on avoidance and fleeing than direct confrontation, there will be no weapon inventory, weapons will weaken and break over time, the town’s Subway will act as a transportation hub, the campaign is estimated at 10 hours, and Quick Time Events will play a significant part in boss encounters.

Silent Hill: Downpour is expected to be released some time later this year, but a specific release date has not yet been provided.

“Silent Hill the town is the star of the show,” said Gomez. “So we see Silent Hill as the only consistent character across the whole series. It’s really about who you plug into it.”