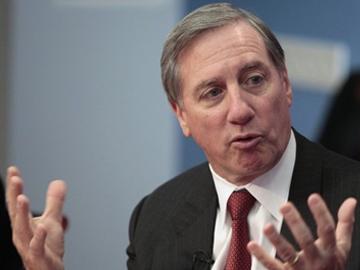 Brian Farrell, CEO of THQ, recently weighed in a bit on the future of home consoles. As part of a presentation during Goldman Saches Technology and Internet Conference, Farrell fielded questions about console cycles from investors, and while he couldn’t see anything new from Sony or Microsoft in the near future, Nintendo may be a different story.

“Now that games costs have gone up so much, these cycles have gotten longer, so it’s harder to understand how to play the console cycle. The other thing that’s difficult for investors, but we’re starting to get more visibility on it, the transition we’re going through right now, is more of the packaged goods to the digital. “

“What we like about now is we’ve put most of our capital behind the 360 and PS3 for the next couple of years and that’s where we think the action’s going to be. So between those two platforms on the core side and the uDraw for us on the causal side, that’s how we think we’re going to make money,” he continued.

Could a Wii 2 be announced at E3 this year? Is Nintendo even in a capable spot to makes such an announcement? Give us your thoughts below!