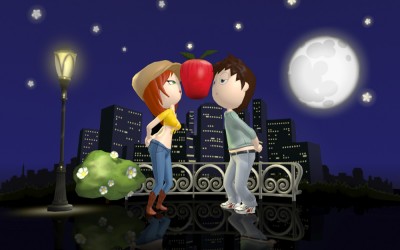 We’re frankly surprised it took this long. While sexy hacks and cheap import games have made their way to the normally kid-friendly Nintendo Wii, no major publisher has put a budget on any adult-themed mini-game collection for the system, until now. Ubisoft has just recently announced We Dare. Equal parts a title and a pronouncement of their own boldness, this adult-themed mini-game compilation does exist, and features a wide spread (pun kind of intended) of bite-sized activities designed for mature couples.

The game is also compatible for the Playstation Move, but given the title and its compilation format, we at Elder-Geek expect the original title had a few more i’s in it.

First day purchase, E-Gs? A long time coming or something we’ve successfully avoided until now? Respond in the comments section below!