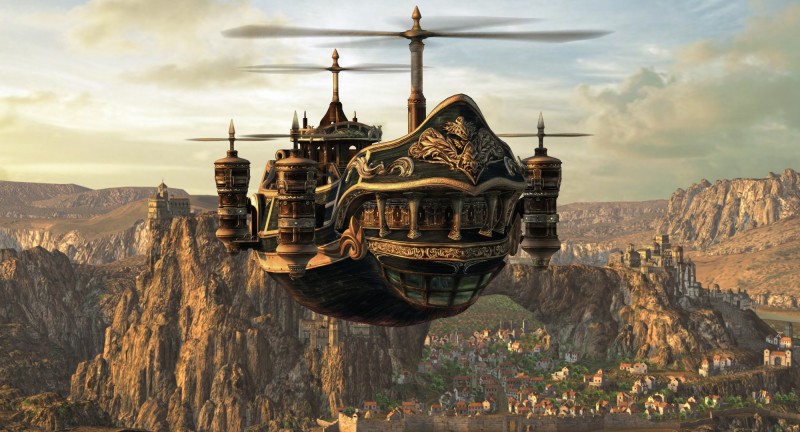 Distant Worlds – Music from Final Fantasy is the initial release in this series. As a successor of sorts to the Dear Friends and More Friends series of concerts, Distant Worlds seeks to meld the music of Final Fantasy with the orchestrations and epic nature of classical live performances. Nobuo Uematsu’s music is conducted by Arnie Roth, well known even before this venture and even more so now, as his clout did a lot to bring this project off the ground. The US can still be considered an unsteady market for video game concerts; Distant Worlds seeks to bring that to an end.

The album opens with “Opening – Bombing Mission” from Final Fantasy VII. This rendition is a great opening piece, hence the name and carries a powerful orchestral style. All of the players get in on the piece, with powerful strings and percussion alike. I like the rising action around three minutes that is highly reminiscent of the game and well suited for an orchestral performance. “Bombing Mission” is a great start to the album, leaving listeners anxious for more.

“Liberi Fatali,” the opening from Final Fantasy VIII, is a great choral piece in the tradition of Carmina Burana Oh Fortuna by Carl Orff. Its epic chanting has made it a favorite for concerts since the game first came out in 1999. This performance hits all the right notes, with a subdued opening, gaining more energy as the piece moves to the rising action then hits the big time around the 1 minute mark. It’s just what fans will expect when it comes to hearing this piece performed live. The choir leads do an especially great job, making this a standout.

The 3rd track, “Aerith’s Theme” is a fine contrast to the first two more bombastic pieces with a slow piano style that brings a peaceful mood to the proceedings, much as the theme’s namesake. 4:30 with the crescendo and the crash of cymbals is a marvelous moment and one of the main reasons I enjoy seeing such performances live. There really is nothing else like it. 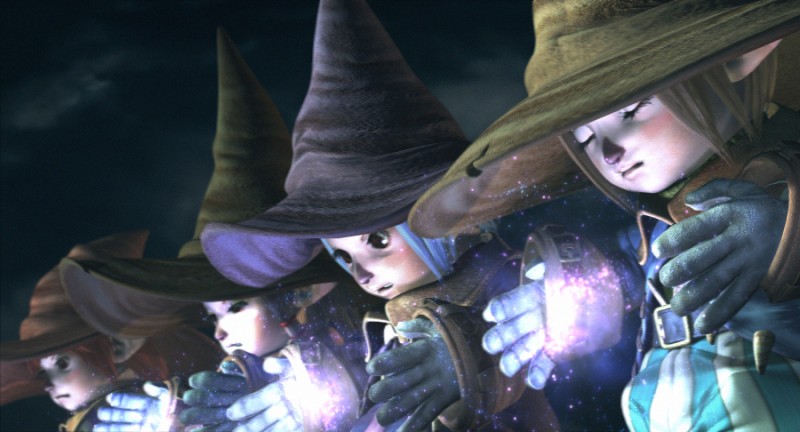 “Don’t Be Afraid,” Track 5, is a return to the high energy battle themed FF pieces, this one being the main battle theme from Final Fantasy VIII. I still kingdom for an orchestration of FFIX’s theme (which itself is a remix of the one from VI), but Afraid succeeds well with this orchestration. The xylophone is prominent and sounds great, the string instruments involving, and the other players all contributing to a skillful performance. Highly recommended.

“Memora de la Stono” – Distant Worlds is a piece unfamiliar to me, and it is that reason that makes it among the most memorable on the album. The first four minutes are chanting by a male choir with some strings through in. The piece gains a different identity around 3:54 when a female soloist enters the fray. She skillfully leads the rest of the orchestra for the duration of the piece, with echoes from the background for emphasis. It might be unfamiliar to me, but it’s a great and memorable performance.

Track 7, “Medley 2002,” is a holdover from the 2002 concert held in Japan during that month and year. It consists of a medley of the first two Final Fantasy games, as their relatively simplistic scores do not have quite as many pieces suitable from orchestration as latter titles, so a medley is most fitting. It opens with a bit of the Prelude and moves to a rendition of what sounds like “Matoya’s Cave,” this being the original game’s part of the piece. The highlight of the focus on the first game is 4:50; where trumpets and other create a rather whimsical tune that is just fun to listen to. After the more solemn opening, it’s a fine change of pace.

The track moves into Final Fantasy II territory with an epic orchestration of the “Rebel Army Theme.” FFII is an overlooked game with some great music. I would have liked to see the “Battle Theme” done in a similar style, an energetic piece that is superior to the one in original, but not nearly as recognized. Either way, it’s great to see the music in this format and the group does an amazing job at this performance.

The interesting thing about this version of the “Medley” from 2002 is that its has a more appropriate name, as there doesn’t seem to be anything from Final Fantasy III in its eight minute length, so its previous name of I-III medley didn’t quite work.

Track 8 is the “Theme of Love” from Final Fantasy IV. This piece is one of the best known pieces of music from the original six Final Fantasies, as it has been taught to school children in their music classes. Quite an accomplishment for what began as relatively simple blips and sound files on a limited SNES sound chip, no? 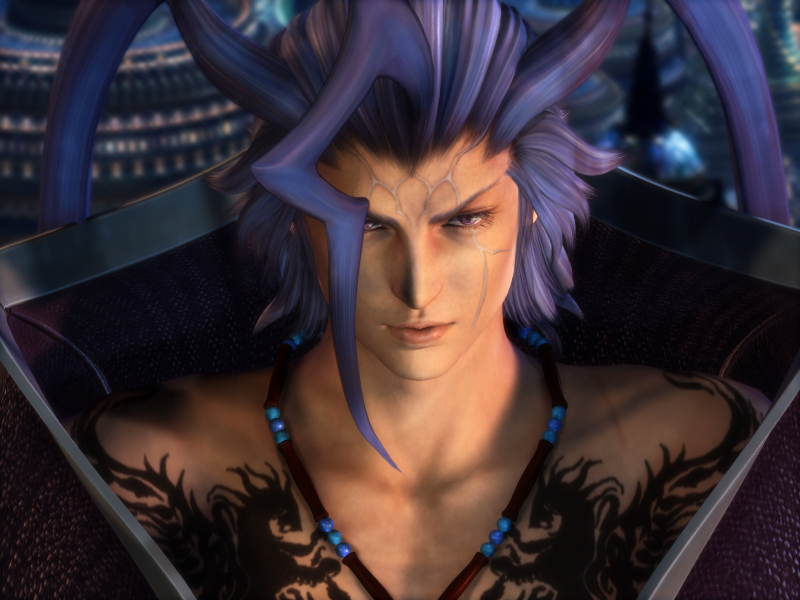 Track 11, the Opera “Maria and Draco” deserves special mention due to it being the longest piece on the album and the fact that it is one of the few times this amazing music from FFVI has been properly orchestrated. I can only think of the Final Fantasy Symphonic Suite CD released in Japan during the 1990’s and the heavy metal arrangement for the Black Mages’ 3rd CD.

The male and female soloist (representing the two title characters respectively) sing in English and give a stirring performance. The lyrics aren’t the same as in the game, making the piece a treat for fans of the game and those looking for a tribute with something different in mind as well. Each part of one of FFVI’s most memorable scenes is faithfully recreated in this performance from the Overture to “Aria de Mezzo Caratterre” to the “Wedding Waltz” ending with the Grand Finale battle against Ultros. Every moment carries the weight of the piece and feels as powerful in a live performance as it did so many years ago on a simple little sound chip. Kudos for including this piece and having it live up to what fans knew was possible! 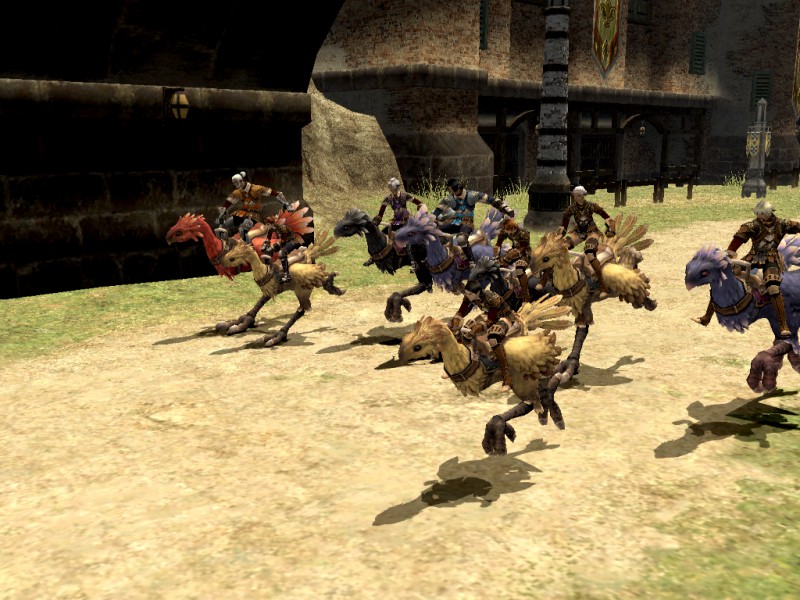 The final track is appropriately “One Winged Angel” from Final Fantasy VII, definitely the most popular and well-known track in the history of Final Fantasy’s music. The performance during Distant Worlds hits all the right notes, with the music and choir working together to create a harmonious experience. The choir works in tandem with each member’s skill to create a great unified sound. Past choir performances of this piece were lacking for this reason, and you can’t blame the acoustics solely. They just lacked the necessary menace that the piece conveys under most conditions. I’m happy to report that this isn’t the case on a Distant Worlds. Angel has been truncated a bit, but is still a great closing piece.

Distant Worlds is an amazing collection of orchestrated Final Fantasy music, as essential for the new fans as for the ones who have been with the series since its inception. The reception has been strong, with a 2nd album I’ve also looked at, and things are looking bright for the show’s future. Here’s to Arnie Roth, Nobuo Uematsu, and all the dedicated and talented performers that bring Distant Worlds to life. Looking forward to many future orchestrations and lots more!