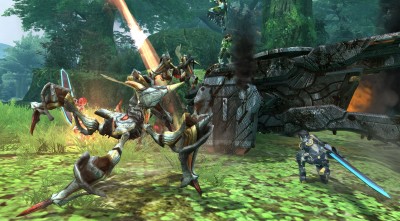 Sega has finally released some details on the long dormant sequel to one of the Dreamcast’s crown jewels. A leaked video (since taken offline) from a private promo event  in the Akihabara district of Tokyo confirms a few important Phantasy Star Online 2 details: like third-person shooter segments and randomly generated hunting grounds.

In an unrelated announcement, the Sega team behind Yakuza have provided a release window for the upcoming Binary Domain. The future humans vs. murderous androids shooter will hit sometime in “early 2012”. No word on how much of  a delay the game will see in regions outside of Japan.