Even after the untimely death of Gunpei Yokoi, Intelligent Systems continued to churn out greatness as one of the most respected 2nd party developers for the SNES. Now we come to the year 2000, a year in which the N64 is still going strong and the Dreamcast has launched the 128 bit console generation. This wasn’t exactly the time you would expect to see a new game released on the SNES, was it? But when it comes to Fire Emblem, a strategy RPG series still unknown outside of Japan, anything is possible.

Thracia 776 is similar to past Fire Emblem games in that it takes place in the same world of a previous FE game, as was the case with Fire Emblem III’s Mystery of the Emblem sequel remaining in the land of Akaneia. The game opens once again in the continent of Judgral. We find our hero Leaf, son of the late Cuan of Lenster, fighting a provincial conflict to deal with oppression in Northern Thracia. Fans of Fire Emblem IV: Seisen No Keifu will remember Leaf as one of Celice’s strongest allies. Leaf’s goals are much less ambitious in this game as the player will come to learn as they help our hero fight off the Lopt Empire, in a world that has become increasingly more dangerous since the rise of Emperor Alvis of Grandbell.

The graphics are very similar to FE IV, but with smaller character sprites on the battlefield. This is a bit surprising for a late entry SNES game, but the Fire Emblem series has always had a different style of graphics throughout each of its games. Rest assured, individual combat scenes are still great, with well illustrated and powerful magical attacks and the always impressive critical hit. In fact, the Fire Emblem series has always had some of the best spell animations seen in sprite based video games, and the SNES entries are no exception.

A fun little thing to do is to highlight each character on the battle screen before you issue orders. Each type of unit has a funny and cute little animation, indicating they are selected and ready for orders. I enjoy the gung-ho sword rising of the mercenary unit and the “look at me” sword swings of the myrmidon. Bottom line, these swift and strong fighters kick ass and look good doing it.

Music-wise, Fire Emblem has never been my cup of tea. I’m not sure what it is but I’ve never liked more than one or two pieces in each game, the classic Fire Emblem theme notwithstanding. To me, strategy games need music that is not only catchy but must not be repetitive, able to catch the listener’s attention at virtually any point in the song. Both Final Fantasy Tactics and Bahamut Lagoon accomplish this. Thracia does not. The score is just “there” for much of the game, and no standout pieces readily come to mind. Sound effects fare better, with the ever satisfying cleaving sound of a critical hit, which is a bit odd when you realize the game uses the same sound for magic criticals as well. Hmm.

Thracia continues the FE tradition of when your characters die in this game, they are gone forever. Add in the weapon triangle and your soldiers regularly facing armies 3-5 times their size, and you have the Fire Emblem formula. What 776 adds to the formula is the Fatigue and Capture System.

First we discuss the Capture system. While this entry was the first in the series to add the ability to trade equipment between teammates, you’ll often find yourself ill equipped for the challenges ahead. This is because shops don’t carry too much equipment and tend to be rather expensive. This is where capturing comes into play. A new stat called Build determines your ability to capture enemy units. If your Build is higher than the enemy’s, you can initiate a capture command during individual combat with another unit. The bigger, bulkier units like Armors or Dragon Knights tend to have the highest build, making them ideal to grab enemies rather than outright killing them. When you succeed in killing them with this unit, you will capture them. 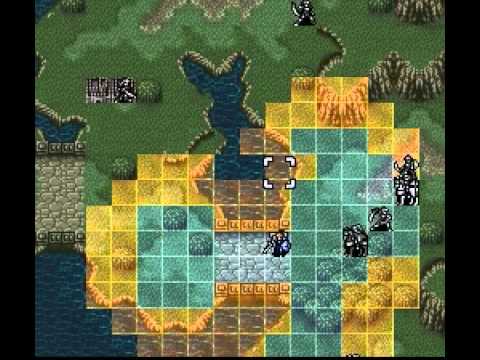 You’ll want to capture enemies because it works much like the thieves’ ability to steal, only better. Once you capture an enemy unit, you can trade between their inventory and your own, taking all their great equipment for your own use, be it weapons, healing, or something else. The only downside to capturing is that you can’t raid the enemy’s inventory on the same turn, and since holding on to them inflicts an understandable stat decrease, make sure you use care before recklessly capturing every enemy. To be honest, only a few are worth capturing if you play the game well.

Now for the Fatigue system. Fatigue is a new stat implemented in Thracia 776, mostly to drastically reduce the ability to abuse the Arena for easy level gaining. Every action a unit takes adds one fatigue to their total. If this stat is ever greater than their total HP, they can’t be used for one subsequent battle, after which the rest decreases their fatigue to zero. Do enough powerleveling in the Arena and your character, strong as they now may be, will surely have quite a high total. There are ways to get around this of course, but you’ll have to play the game to learn more. 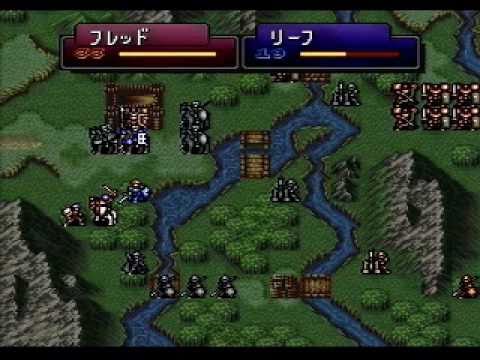 The rest of his FE entry plays much like the others in the series, except the story is on a bit smaller scale, as Leaf isn’t trying to save the world, just part of his kingdom. It is to the game’s credit that the plot still manages to be very involving, the villains very evil, and the characters memorable. More than anything, you’ll come to HATE ballistae in this game. Oh, and getting status effects is just awful! Better have some restore staves handy!

Thracia 776 is probably the most underrated Fire Emblem game. It came out at a transitory period for the series, even in Japan. Its new gameplay elements weren’t exactly embraced by long-time fans, and some most likely didn’t care for the absence of the established but always epic “save the world” storyline. I urge fans of strategy RPG’s to ignore all that, especially if you are fans of Fire Emblem. The translation might be a little muddy at points, but persistent players will be able to figure it out. They’ll want to figure it out, because missing out on this essential strategy game is not something I would ever do.