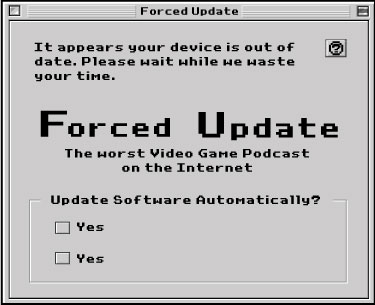 This episode is chock full of graphics! Yoshi stops by to help us censor naughty words, Yagiz is back from Germany, Trevor gets mad at LA Noire, and we begin the pre-E3 round-up! If you wanna join in on the conversation, hit us with an Email at forcedupdate@elder-geek.com, or post a comment and we’ll read it on air.